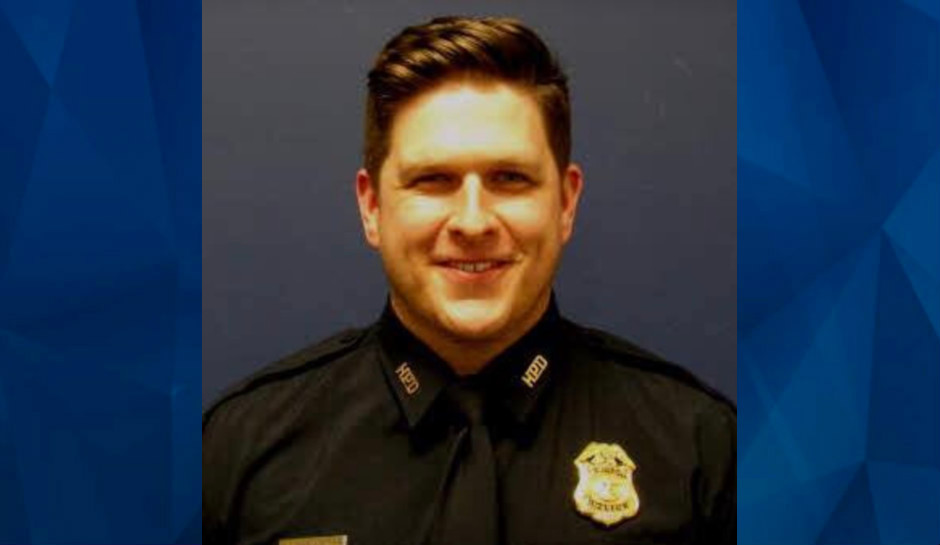 “Proud of Chris and the way he lived his life to the very end, and proud of his team mates who followed his lead & stayed laser focused on capturing a violent coward,” Houston Police Chief Art Acevedo said in a tweet Saturday night.

Prosecutors said Brewster had responded to a domestic violence call from a woman who said her boyfriend, armed with two guns, was attacking her. The sergeant found Solis, the suspect, walking with the victim along a street outside the home. As he got out of his car, the woman shouted, “That’s who you’re looking for!” Brewster called out to Solis, who opened fire and fled.

Brewster called for help and described the shooter, who was captured a few blocks away climbing over a fence at an elementary school.

Prosecutors said Solis admitted to shooting Brewster, saying he hoped to avoid arrest. Police saw Solis toss a gun as they approached him at the school and recovered that weapon. They also recovered a gun at the scene of the shooting. Bullet casings on the ground matched that weapon, they said.

Brewster was rushed to Memorial Hermann hospital where he was pronounced dead.

Honoring Sgt Brewster’s sacrifice with an escort from the hospital #hounews https://t.co/uqMy1OGr6J

Police said Brewster was wearing a bullet-proof vest, but it was insufficient to protect him from the multiple gunshots he suffered. Acevedo said the shooting was captured on Brewster’s body-cam.

“What people will see is a coward that took the life of a hero that responded to help his officers which is what we talk about on a daily basis,” the chief said.

Brewster, survived by his wife, parents, and sister, was a nine-year veteran of the force and was promoted to sergeant earlier this year, CBS DFW reported.