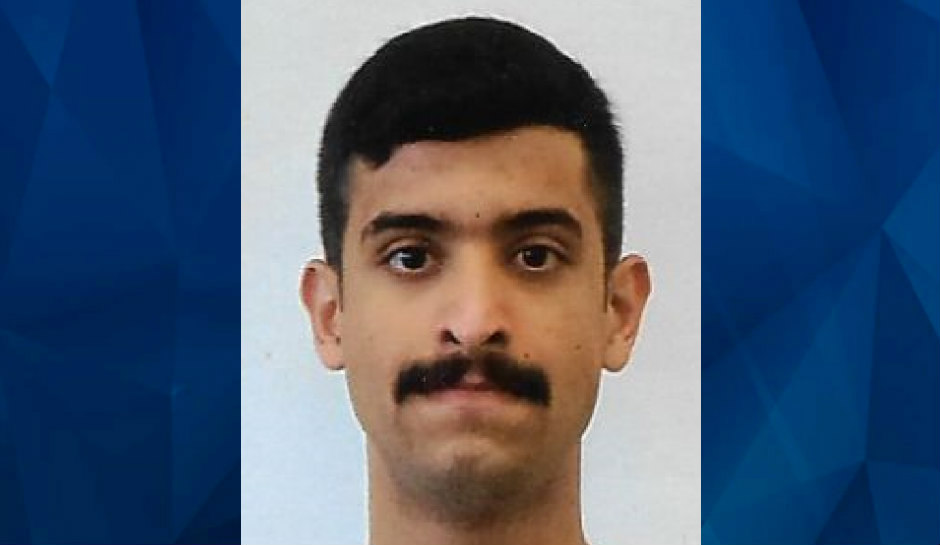 Investigators are scrutinizing multiple unaccounted for Saudi nationals who may be linked to the deadly shooting spree at a U.S. naval base in Florida, the Associated Press reports.

Alshamrani was a 2nd Lt. in the Royal Saudi Air Force who was also a naval flight officer at the National Aviation Schools Command.

An anonymous official who has been briefed on the attack told the AP that as many as 10 Saudi students were being held at the base, and that there are several other Saudi nationals whose locations are not known.

U.S. Northern Command has since increased security at military sites in the wake of the attack, which followed a shooting at Pearl Harbor in Hawaii earlier in the week.

“The advisory also told leaders to remind their workforce to remain alert and if they see something, to say something by immediately reporting to appropriate authorities any suspicious activity they may observe,” Lt. Cmdr. Michael Hatfield told Fox News on Saturday.

Less than a week before the shooting, Alshamrani had hosted a party in which attendees watched videos of mass shootings, according to the AP, which also reports that one of the party attendees reportedly recorded video outside a building where the shooting was occurring, while two other Saudi students observed from a vehicle.

U.S. Sen. Rick Scott, R-Florida, told Fox News on Sunday that the report of the party and mass shooting videos was “disgusting.”

Investigators have also determined that Alshamrani and the three additional Saudi trainees visited New York City in the weeks prior to the shooting, according to The New York Times. The Saudis visited museums and Rockefeller Center.

Authorities are probing whether the trip was merely for pleasure or if the Saudis had other motives.

Social media posts are also being scrutinized. The SITE Intelligence Group says Alshamrani had posted sentiments similar to that of former Al Qaeda leader Usama Bin Laden. Twitter has since suspended his account.

President Trump has said he will review policies that govern how foreign troops train in the United States.

Naval Air Station Pensacola has been closed since the shooting and will remain so indefinitely, according to Capt. Tim Kinsella, the station’s commanding officer.

“The sailors that lost their lives in the line of duty and showed exceptional heroism and bravery in the face of evil,” Kinsella said in a statement. “When confronted, they didn’t run from danger; they ran towards it and saved lives.”

Anyone with information about Alshamrani or the shooting can call 1-800-CALL-FBI.