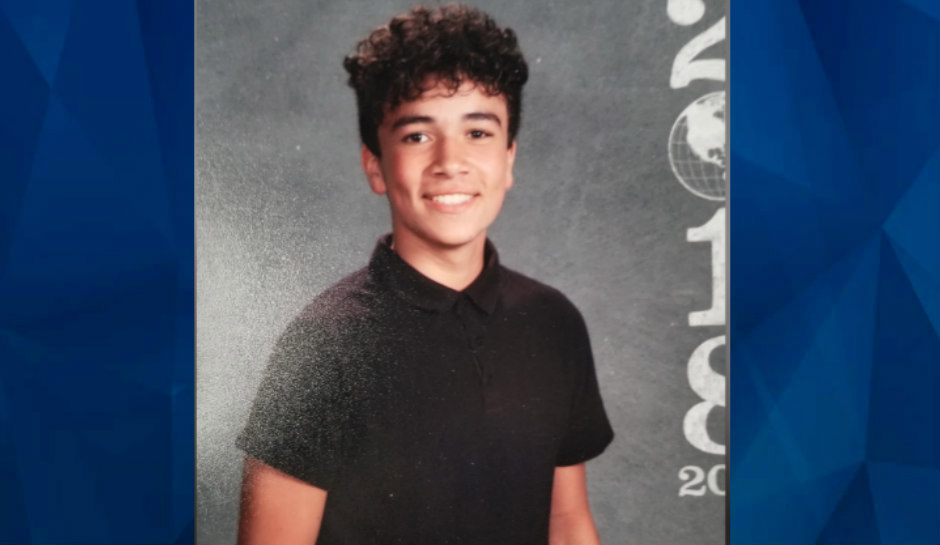 A 16-year-old Ohio boy will face adult charges after police say he stabbed another teen to death and left him bleeding on the street over Thanksgiving weekend.

ABC 13 reports that 16-year-old Tyler Miller is facing murder charges after he allegedly killed 19-year-old Amonie Ervin in a “quiet” suburban neighborhood in Perrysburg. Residents found the victim lying on the ground off of Tonbridge Court and although they rendered aid while waiting on first responders, the victim succumbed to his injuries.

“Neighbors say that they saw a male who appeared deceased, laying at the end of the driveway. When officers got here, some of the neighbors were performing CPR on him. Medics came, and he was pronounced dead shortly after they arrived. So, at this point it appears to be a homicide,” Perrysburg Chief of Police Patrick Jones said.

Neighbors in Perrysburg say they're shocked and traumatized by Friday's deadly stabbing. Pictured is the victim: 19-year-old Amonie Ervin of Toledo. Tune in to Action News after the game to hear from a neighbor who tried to save his life by performing CPR. pic.twitter.com/EYu44RZJOz

Police found around 20 to 25 “sharp force injuries” to the victim’s body, apparently caused by a kitchen knife.

According to the Toledo Blade, prosecutors said that since he’s been in jail, Miller has made several violent threats while in custody. He also allegedly tried to bring contraband to the courtroom.

Miller appeared in court Tuesday with restraints on after the judge deemed him a danger to himself and society. He’s expected to be transferred from a juvenile facility to the Wood County Justice Center, partly based on the teen’s behavior while in juvenile custody.

So far, a motive in the killing is unknown. Authorities said, however, that it was not random.

Amonie had aspirations of moving to California to pursue musical interests, according to his mother, Akisha Gaston. In 2018, the teen released a rap album entitled, “Ruined,” and designed the album’s artwork.

“My world is missing. I really don’t know what to say or do. I don’t know how to wrap my head around it,” Gaston told the Toledo Blade.

When asked if she knew of a motive, Gaston surmised that Miller attempted to rob her son.

“I think he tried to rob my son, and it didn’t go the way he planned…..My assumption is that this boy had intentions to do damage to somebody. I think my son was caught off guard.”