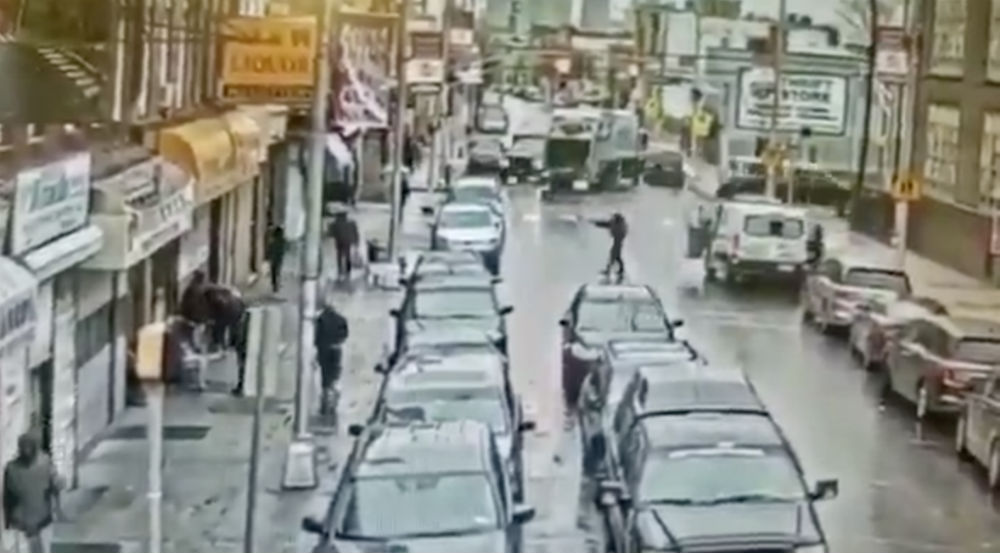 Newly released video shows the moments that two shooters began firing at a kosher market in Jersey City, New Jersey, on Tuesday, just after the suspects fatally shot a police officer in a nearby cemetery.

As the New York Post reports, Yeshiva World first obtained surveillance camera video footage that shows the two suspects approach the market with guns raised, apparently firing inside the store. They would later enter the store and kill three people inside the store before they died during police gunfire.

The same video posted on Yeshiva World was shared on Twitter from Breaking 911.

As CrimeOnline previously reported, the shooting suspects were identified by unnamed law enforcement sources as David Anderson and Francine Graham. Authorities have not yet publicly confirmed the identities of the shooters.

The surveillance video shows people running from the scene as the suspects approach the store with guns. The video also appears to show a person running in the direction of the market before the shooters enter the frame; at which point the individual runs back in the other direction.