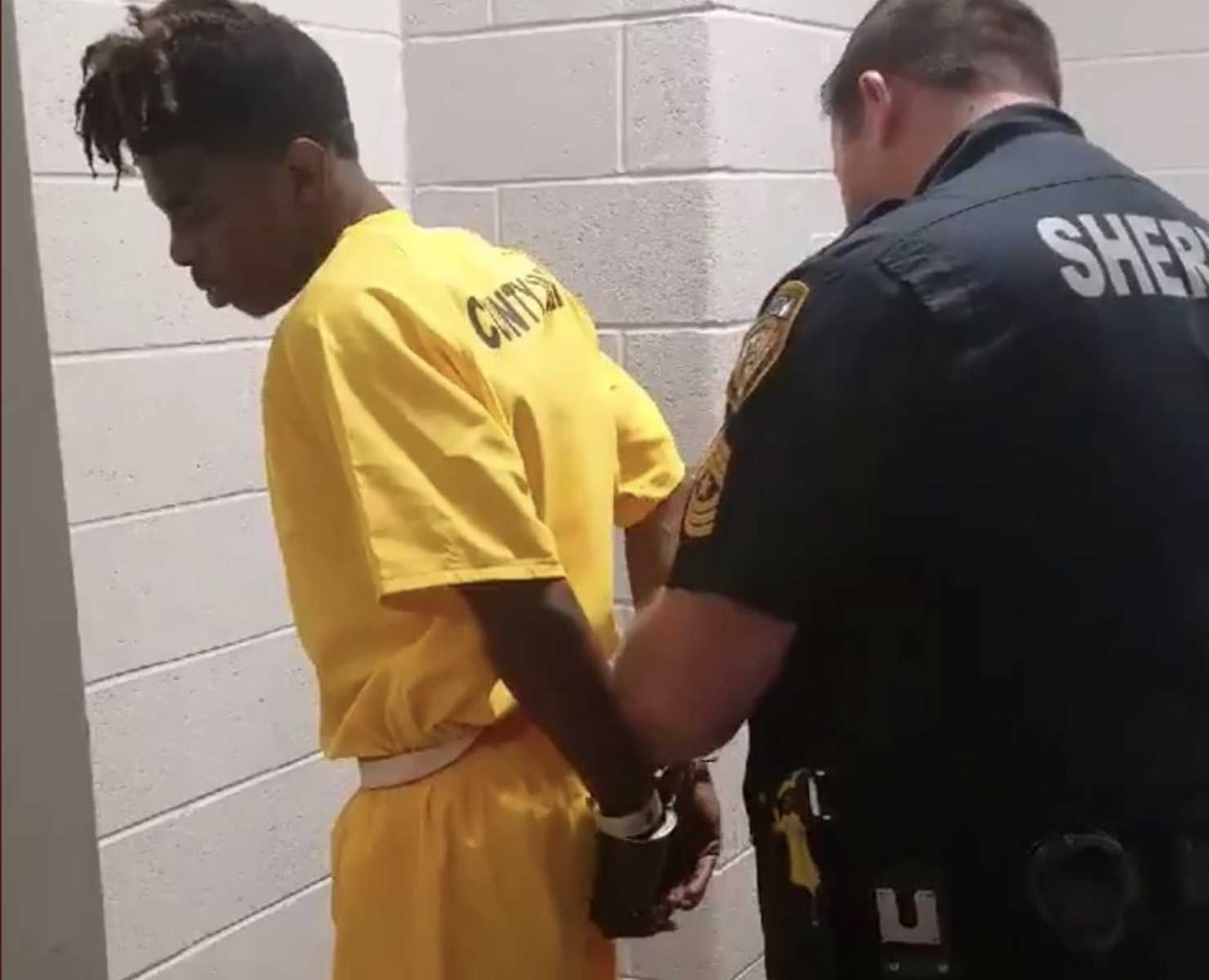 A Texas rapper accused of killing a police sergeant trying to arrest him was himself arrested after an extensive manhunt in which his mother hid him at a hotel and then told deputies she had no idea where he might be.

Tavores Dewayne Henderson, 21 — known as “Killer Dre” — was arrested without incident on Thursday after an anonymous tip led investigators to him.

Henderson is believed to have run over Nassau Bay police Sergeant Kaila Sullivan, 43, as she attempted to arrest him in Harris County on an outstanding domestic violence warrant. Henderson allegedly fought officers and reentered his vehicle before hitting Sullivan with his car as he fled. The 16-year veteran of the police force was rushed to a hospital, where she was pronounced dead.

Henderson was initially charged with felony murder when he was brought into court Thursday night — secured in Sullivan’s handcuffs. The charge was upgraded to capital murder Friday morning.

#Update — Tuesday night when Sgt. Sullivan lost her life, Henderson fled the scene with one handcuff on his wrist. I bet he didn’t know Sgt. Sullivan had another set waiting on him…he’s currently at the @HCSOTexas jail & wearing HER handcuffs while on his way to court tonight! pic.twitter.com/Q8hQS6TfA4

Henderson’s mother, Tiffany Henderson, and her boyfriend Geoffrey Wheeler have also been arrested and charged with hindering prosecution. Tavores Henderson contacted his mother after the incident, and Wheeler drove him to a hotel 30 miles away, where he stayed while the manhunt for him was on.

“His mother aided him that night in escaping,” said Sean Teare, chief of the vehicular crimes division in the Harris County District Attorney’s Office. “She is charged with hindering. She also lied to the sheriff deputies that night. Her boyfriend drove the car that helped him escape. He is being charged with third-degree apprehension.”