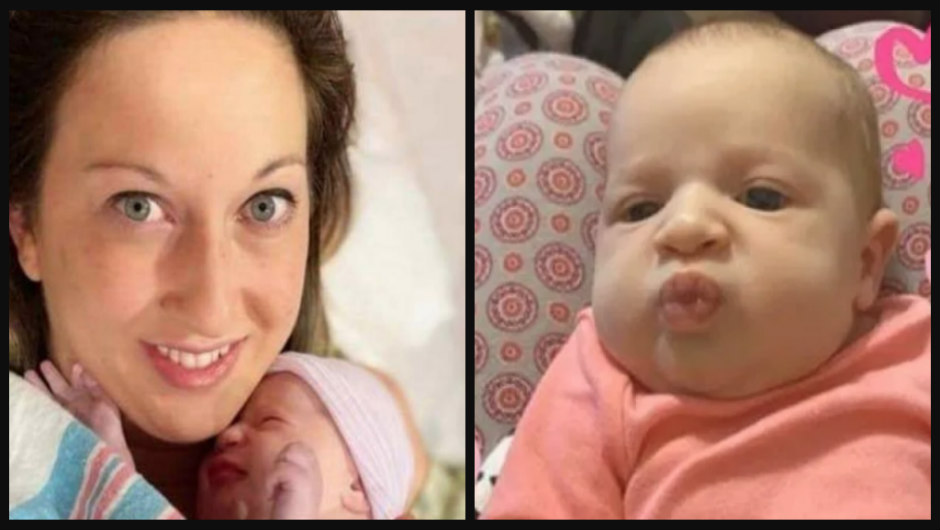 ‘She would not do this by herself’: Fiance says no signs of struggle inside home after mom, baby mysteriously vanish [WATCH]

A Texas dad is pleading for the safe return of his fiance and infant daughter after the pair vanished without a trace on Thursday.

As CrimeOnline previously reported, Heidi Broussard was last seen dropping her son off at Cowan Elementary School in Austin on Thursday morning at around 7:50 a.m. Friends and family said she dropped her son off at a book fair at the school.

Authorities said Broussard and her 2-week-old daughter, Margot, likely returned home afterward, at the Club at Summer Valley apartments off of West William Cannon Drive and South First Street, but at some point, disappeared. The apartment complex is around three miles away from the elementary school.

Heidi’s fiance, Shane Carey, told KVUE that he left their home at 6:40 a.m. for work on Thursday. He said he last heard from Heidi at around 8:15 a.m. that same morning, after she called him and said she spent around $25 at the book fair.

Carey said he arrived home from work at around 2 p.m. on Thursday and didn’t see Heidi or baby Margot. Heidi’s car and purse were left behind. Casey also said the baby’s belonging were left behind. There were reportedly no signs of struggle in the home.

Carey said he received a call from their son’s daycare at around 6 p.m. Apparently, no one had picked the boy up yet. Carey, who is also the father of Margot, said he subsequently contacted 911.

Carey explained that he didn’t call police beforehand since Heidi has a friend in the same apartment complex. He thought she had perhaps gone to her friend’s home and he didn’t think anything was unusual until he realized their son was still at daycare.

“Everything was like she was home,” Carey told FOX 7. “I mean that’s why I thought she was at her friend’s house…..Her car seat is upstairs, her purse is upstairs, her ID, wallet; there are no signs of her taking the baby. She would never leave her car door unlocked. Her car door was unlocked. So that’s a weird sign.”

The pair have been together around a decade, according to Carey. He said he’s never known Heidi to have enemies and doesn’t know of anyone who would want her harmed.

“I just don’t see why no one heard any screams or anything out here so we’re trying to put the puzzle pieces together,” Carey said.

Carey said Heidi’s phone is unaccounted for. He said when he tried to call her on Thursday afternoon, it went straight to voicemail.

“It’s just the only thing gone is [Broussard] the baby, her keys and her cellphone, which has been off since I tried to call her at 1:40,” Carey said.

Security footage from the elementary school confirmed that Heidi was at the school Thursday morning, but since then, no one has heard from her, including her mother, who traveled from Louisiana on Thursday to help look for her.

Attached is an updated photo of Heidi Broussard from Dec. 12, 2019 at 7:50 a.m. at Cowan Elementary. The clothing pictured is what she is believed to have been wearing when she was last seen. Anyone with information about her and Margot is asked to call 911 immediately. https://t.co/bvpNxAqX7i pic.twitter.com/KS0aMJSbAg

“If you see an awesome mom with a baby walking around or in a suspicious van or car or anything, please just somebody call,” Carey said.

According to NBC 9, Heidi’s friends said her apartment door was found wide open when Carey arrived home. CrimeOnline reached out to the Austin Police Department, but they have not confirmed the details.

“I just want her to come home,” Carey said. “She’s amazing. She’s missed. She has her whole family here supporting, praying for her to come home, and hopefully that’s just – I don’t know – somebody to bring her home safe. I don’t care, just drop her off.”