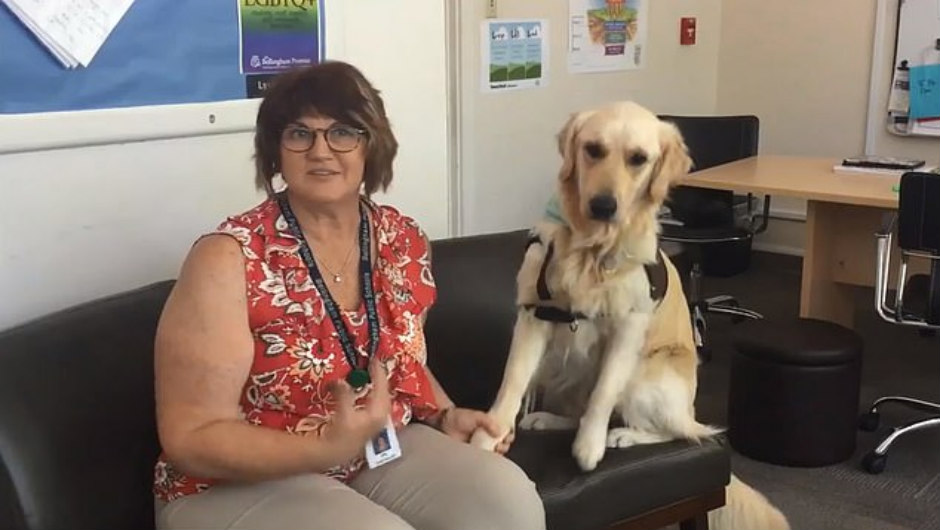 A Washington man may have possibly admitted to killing his wife and pets by sending tweets out to President Trump, U.S. Senate Majority Leader Mitch McConnell, and the National Rifle Association within minutes after allegedly shooting them.

As CrimeOnline previously reported, police found the body of 58-year-old Lynn Heimsoth on Thursday, inside a Chartwell Estates condominium she shared with her husband and several pets. Heimsoth was the principal at Sunnyland Elementary School.

According to the Whatcom County Sheriff’s Office, authorities arrived at the home on December 26 after a report of a possible murder-suicide. When they arrived, authorities found Lynn and her therapy dog, Sukha, shot dead. They also found the family cat shot to death inside the residence, along with Heimsoth’s husband, 56-year-old Keith Heimsoth, who had a gunshot wound to the head.

Keith Heimsoth was alive when authorities arrived and subsequently taken to a local hospital, where he’s currently recovering. Lynn and the pets were pronounced dead.

Police reportedly said the husband is the suspected shooter and likely shot himself in the head after killing his wife and pets.

According to the Bellingham Herald, a Twitter account that may have belonged to the suspect was uncovered. The account is associated with Keith Heimsoth’s email address and phone numbers, the outlet reports. It also showed his wife as one of his followers.

At around 3 a.m. on December 26, someone from the account posted a tweet, giving thanks for making murder “a lot easier.” On the same morning, neighbors told police they heard gunshots at around 2:45 a.m.

“Guns don’t kill people, people do. Guns just make it a lot easier. AR-15 makes it super easy. I jsit [sic] killed my whole family, and i couldnt have done it without a gun! I’m too much of a coward, a knife would have been waaay [sic] too hard. So, thanks to everyone at the NRA.”

I jsit killed my whole family, and i couldnt have done it without a gun! I'm too much of a coward, a knife would have been waaay too hard. So, thanks to everyone at the NRA,

“Some should call for a wellfare check at [address] in Bellimgham Wa. Lots of blood…thoe [sic] dog was the hardest.”

KIRO 7 reports that Lynn was a beloved member of the community, often playing with children and her therapy dog during recess.

“And she was out there with recess every time the kids are out there,” parent Larisa Slesarchuk said. “She put a lot of effort in working to, working with the children.”

According to Whatcom County Sheriff Bill Elfo, no other details are available at this time. Check back for updates.