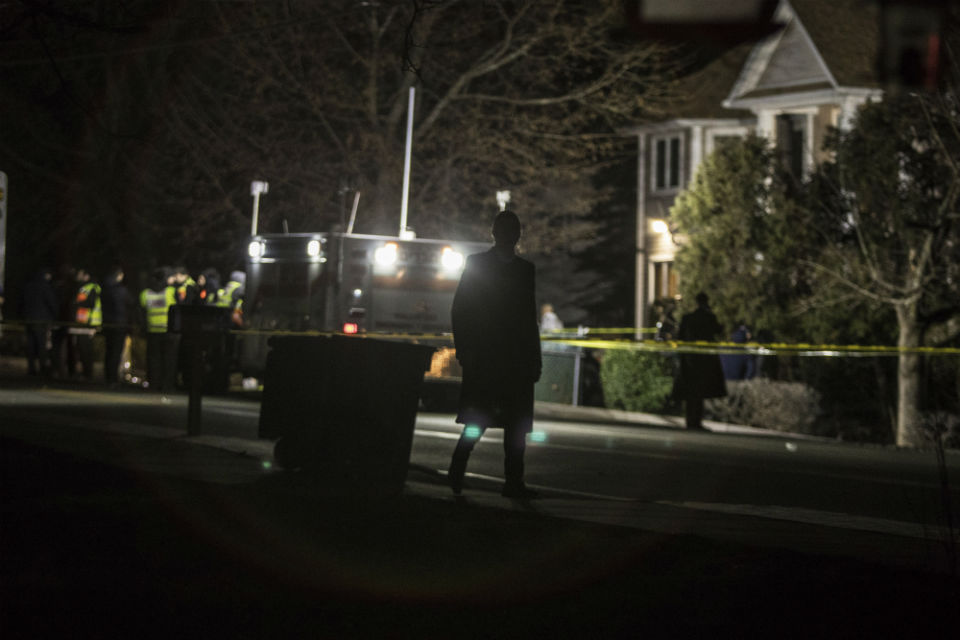 What had been a peaceful Hanukkah celebration turned violent Saturday when a man stabbed five people with a large knife at the home of a rabbi in suburban New York, the Associated Press reports.

The suspect reportedly burst into the home in the town of Monsey, an area about 35 miles northwest of New York City known to have a large ultra-Orthodox Jewish population.

“I was praying for my life,” Aron Kohn, a witness, told The New York Times.

“He started attacking people right away as soon as he came in the door. We didn’t have time to react at all.”

Kohn, 65, who was in the home at the time of the attack, said the knife was “about the size of a broomstick.”

CBS New York reports that the attacker has been identified as 37-year-old Grafton Thomas, of Greenwood Lake, New York.

Police have arrested Thomas and he is expected to be charged with five counts of attempted murder as well as one count of burglary, Ramapo Police Chief Brad Weidel told the news outlet.

The attacker reportedly stormed into the home at around 10 p.m., just as people were gathering to light candles for Hanukkah, according to the Times.

One of the victims is said to be the rabbi’s son, according to Yossi Gestetner of the Orthodox Jewish Public Affairs Council.

“The house had many dozens of people in there,” Gestetner told the Times. “It was a Hanukkah celebration.”

New York Gov. Andrew Cuomo on Sunday called on the episode an “act of domestic terrorism.”

Kohn said the attacker had attempted to enter a synagogue next to the residence, but those inside the house of worship had locked the door after hearing screams from the rabbi’s home.

A nearby kosher market, which was busy with people stocking up for Hanukkah parties, closed early after reports of the stabbing surfaced.

“Law enforcement in Rockland will leave no stone unturned as they bring those guilty of this crime to swift and severe justice,” Day said in a written statement.

The stabbings come amid an uptick in violence against those of the Jewish faith in the region. New York City police on Friday had increased patrols in some neighborhoods because of what they called an “alarming” rise in anti-Semitic violence. A rampage at a kosher deli in New Jersey earlier this month left six people dead, including two Orthodox Jews. And an Orthodox Jewish man was stabbed in November near a synagogue in Monsey, the same town as Saturday’s vicious attack.

“Obviously, there’s been a history in the region of violent attacks upon the Orthodox community,” Michael Specht, a town supervisor, told the New York Times. “This is something very nightmarish to have happen in our town.”

Evan Bernstein of the Anti-Defamation League said the recent violence has rattled the community.

Cuomo has ordered the New York State Police hate crimes task force to investigate the stabbing, according to the Associated Press.

“Anti-Semitism and bigotry of any kind are repugnant to our values of inclusion and diversity and we have absolutely zero tolerance for such acts of hate,” Cuomo said in a written statement.

“In New York we will always stand up and say with one voice to anyone who wishes to divide and spread fear: you do not represent New York and your actions will not go unpunished.”