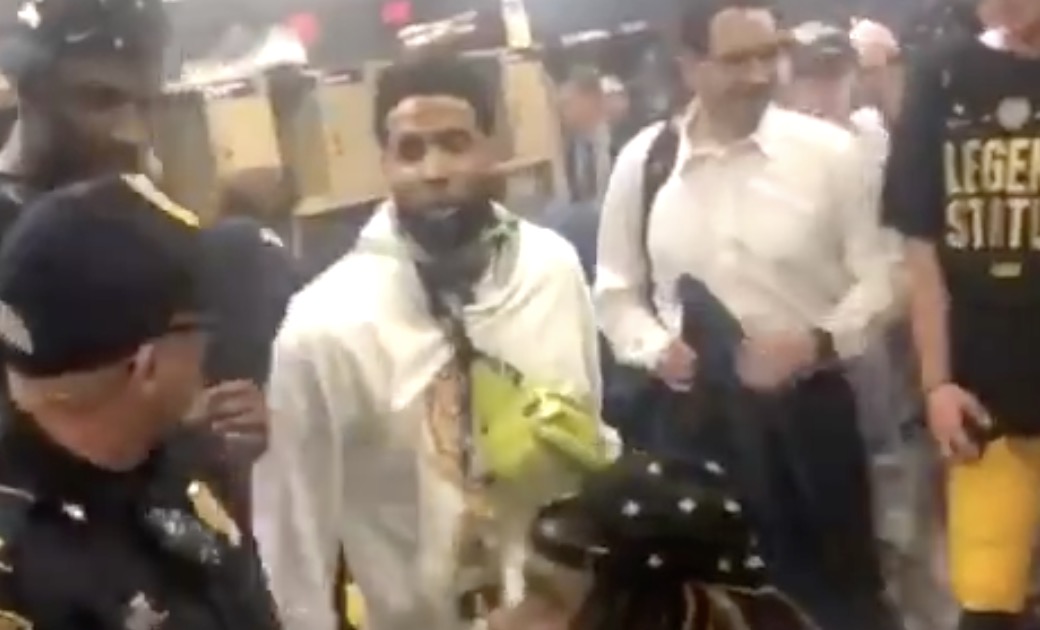 A warrant for Odell Beckham Jr’s arrest for slapping the butt of a Superdome security officer has been rescinded after the officer signed a statement saying he no longer wanted to press charges, NOLA.com reported.

New Orleans police obtained an arrest warrant Thursday for NFL player Odell Beckham Jr after a Superdome security officer decided to press charges against the wide receiver for slapping his butt during festivities in the LSU locker room after the NCAA college championship earlier this week, NOLA.com reported.

Police initially sought a warrant against Beckham for sexual battery, but Magistrate Court Commissioner Melvin Zeno nixed that, saying “that the elements of the crime did not rise to that of sexual battery but rather that of a simple battery.”

According to the police statement filed in Criminal District Court, the stadium security officer said he went into the locker room after LSU beat Clemson for the national championship to stop players from smoking cigars. He said one player was “argumentative” but eventually complied. It was at that moment that he said he felt someone strike his buttocks with an open hand.

A video of the incident, shot by someone in the locker room, shows the Superdome lieutenant confronting LSU guard Damien Lewis, who did not have a cigar in his hand, just before Beckham, who played his college career with LSU, slaps his butt.

OBJ wasn’t gonna let that officer spoil the fun.. told him to get the gat. 🤣 pic.twitter.com/sWoWj53r42

The statement says the lieutenant “wanted to retaliate by punching the offender” but didn’t. He also told police he considered making an arrest but decided not to do that either “due to the jovial atmosphere of the locker room.”

The statement suggests that the 48-year-old lieutenant didn’t recognize Beckham, 27, as the slapper until he saw the video naming him as it went viral. On Wednesday, he went to New Orleans police and said he wanted to press charges, NOLA.com said.

Other players had been smoking cigars, however, the players said, and they were told if they continued to do so they could be arrested because of the Superdome’s no smoking policy. There were no arrests.

Beckham is a New Orleans native who played on the LSU Tiger team that lost the national championship to Alabama in 2011. He was drafted by the New York Giants in 2014 and moved to the Cleveland Browns at the start of last season.

The team invited their famous former star to the sidelines during Monday night’s game and to the locker room afterward.

The Browns said the were “aware of the incident” and that Beckham “and his representatives … are cooperating with the proper authorities to appropriately address the situation.”