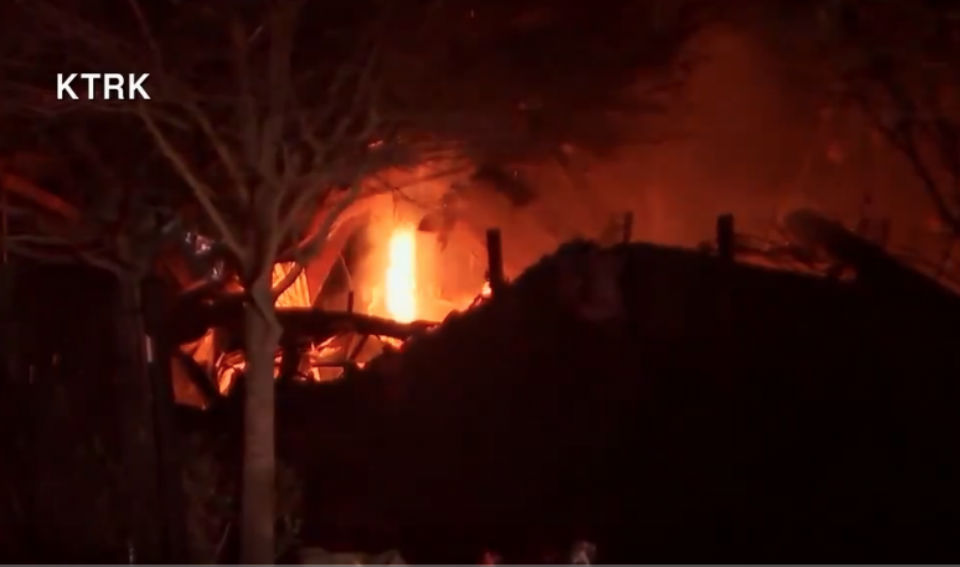 ‘It’s a war zone over here’: One missing, multiple hurt in massive building explosion in Houston; cause of blast unknown [VIDEO]

A massive explosion rocked a neighborhood in Northwest Houston early Thursday morning, and authorities are still working to determine the cause.

KPRC-TV reports that an explosion at Watson Valve Services happened at about 4:20 a.m. Friday, shattering windows at nearby homes and drenching the sky with an orange glow.

“(The explosion) knocked us all out of our bed, it was so strong,” resident Mark Brady told the news station.

“It busted out every window in our house. It busted everybody’s garage door in around here … and closer toward the explosion over here, it busted people’s roofs in and walls in, and we don’t know what it is … It’s a war zone over here.”

The Houston Fire Department reportedly said that one person was taken to the hospital following the blast. A worker from Watson Valve Services remains missing, and there have been other injuries reported that may be further from the explosion site, according to KPRC-TV.

Earlier Friday morning, a local news stations were reporting that authorities warned of a possible second blast. It is not known at this time if authorities still believe there may be a risk to the community.

Breaking: Video just into our newsroom showing the aftermath of an explosion in Houston, TX.

Police say this is an industrial facility. Witnesses say the windows and walls of their homes rattled.

At this hour, authorities warn of a second blast. @wpri12 pic.twitter.com/w5BPCwx2a6

Area residents shared images and video of the dramatic explosion on social media, including one resident whose Ring doorbell camera captured the blast.