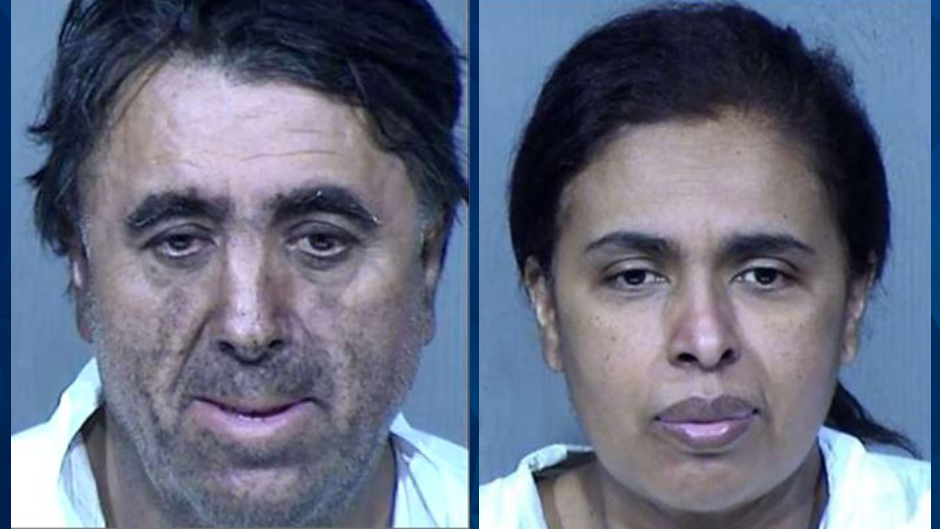 An investigation is underway after firefighters reportedly discovered human remains in the home of an Arizona couple who recently lost custody of their three children.

Prosecutor Sarah Corcoran revealed in court Wednesday that skeletal remains discovered a day earlier in Rafael and Maribel Loera’s attic belonged to a child who may have suffered abuse. Phoenix firefighters responding to reports of a fire at the couple’s residence discovered the remains while removing drywall from the attic, according to the Arizona Republic.

“She [Maribel Loera] allegedly participated in concealing the body of a deceased child in the family home to conceal any questioning into what happened to that child,” prosecutor Sarah Corcoran said, according to the Associated Press.

Police responded to the house on January 20 after an 11-year-old girl called 911 claiming she was home alone and scared. Officers found evidence of child abuse, resulting in the Department of Child Safety taking custody of the girl.

Breaking: Human skeletal remains found inside a home after a fire yesterday near 59th Ave & Camelback. Homicide investigators at the scene. PIO on scene with media update in the next hour. pic.twitter.com/9Kr7nhPPOR

In a statement to KTVK and KPHO, the Department of Child Safety said they learned of other children who resided in the home after their initial visit. On Tuesday, agency investigators revisited the home and removed a 4-year-old girl and 9-year-old boy.

Roughly an hour later, firefighters responded to the same residence amid reports that smoke was coming from the home. Rafael Loera, 56, allegedly told them that the flames were coming from the fireplace and that there was no need to come inside.

“Firefighters knew that was obviously not the case. We ignored his pleas and made entry,” Phoenix fire Captain Rob McDade told NBC News.

After extinguishing the blaze, a department arson dog reportedly detected gasoline on the walls and floor. McDade said that firefighters examined for hot spots in the attic and discovered skeletal remains.

The remains have not yet been identified. The Maricopa County Medical Examiner’s Office is reportedly in the process of determining a cause of death.

Police said the three children removed from their parents’ custody are safe, according to KPNX. Information regarding Tuesday’s discovery is limited as official reports were sealed to protect the couple’s minor children.

KTVK and KPHO reported that Rafael Loera was a teacher’s aide at a high school. He is jailed on charges of concealing human body parts, endangerment, child abuse, and arson. Maribel Loera, 50, faces child abuse charges.