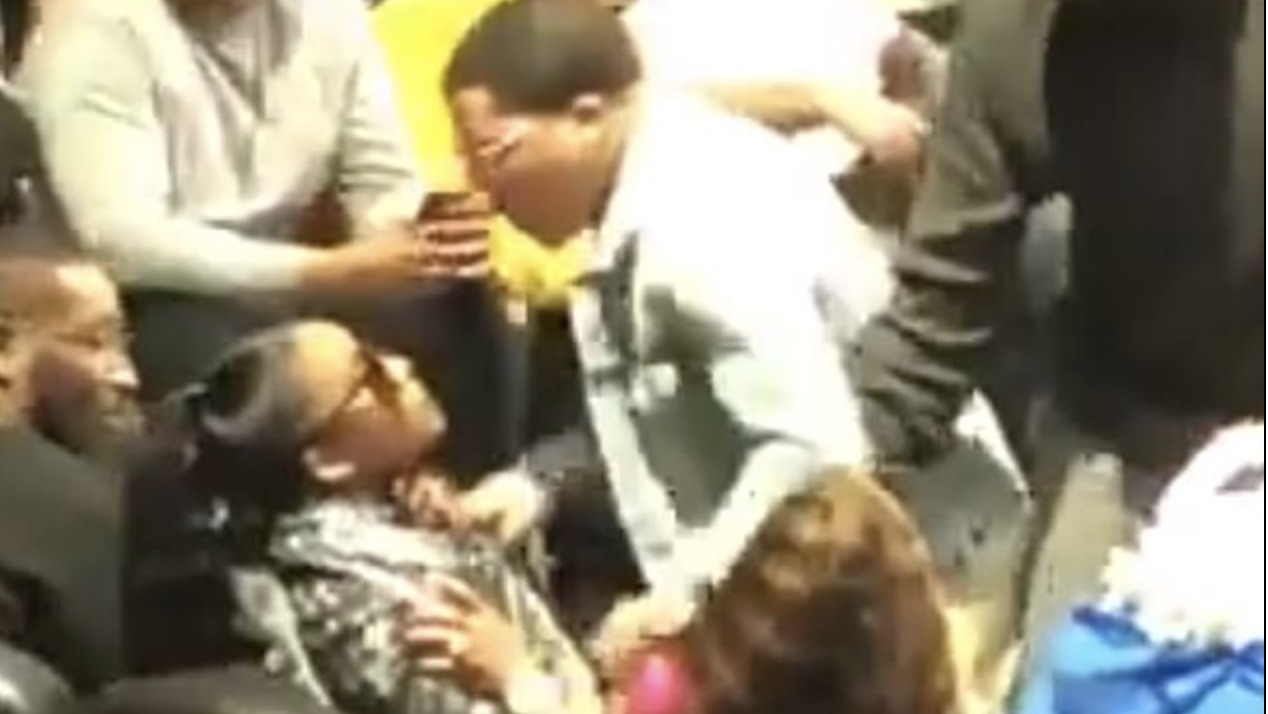 MIAMI PD, WHY NO CHARGES?? SEE IT: Shocking moment famous boxer grabs girlfriend by neck at charity event and forces her out

WBA lightweight champion Gervonta Davis was caught on camera Saturday grabbing the mother of his child by the neck and dragging her out of a charity basketball game in Miami, the Baltimore Sun reported.

The 25-year-old Baltimore native and the woman, identified as Andretta Smothers, appeared to get into an argument before the altercation got physical.

“I never once hit her. yea I was aggressive and told her come on … that’s the mother of my child I would never hurt her other than that happy New Years . . January was trassshhhhh,” he wrote, according to the Daily Mail.

Smothers and Davis reached a custody deal on their daughter in early December, the celebrity news site Bossip reported. In the agreement, Smothers would remain a stay-at-home mom with primary care of the little girl and receive $10,000 per month child support. Davis would have custody 15 percent of the time. The agreement came after Smothers accused him of seeking “seductive favors” in return for child support, an allegation he denied.

Davis won the World Boxing Association lightweight belt on December 29 in Atlanta. He has a 23-0 record with 22 knockouts, the Sun reported.

As of Sunday afternoon, no charges had been filed.