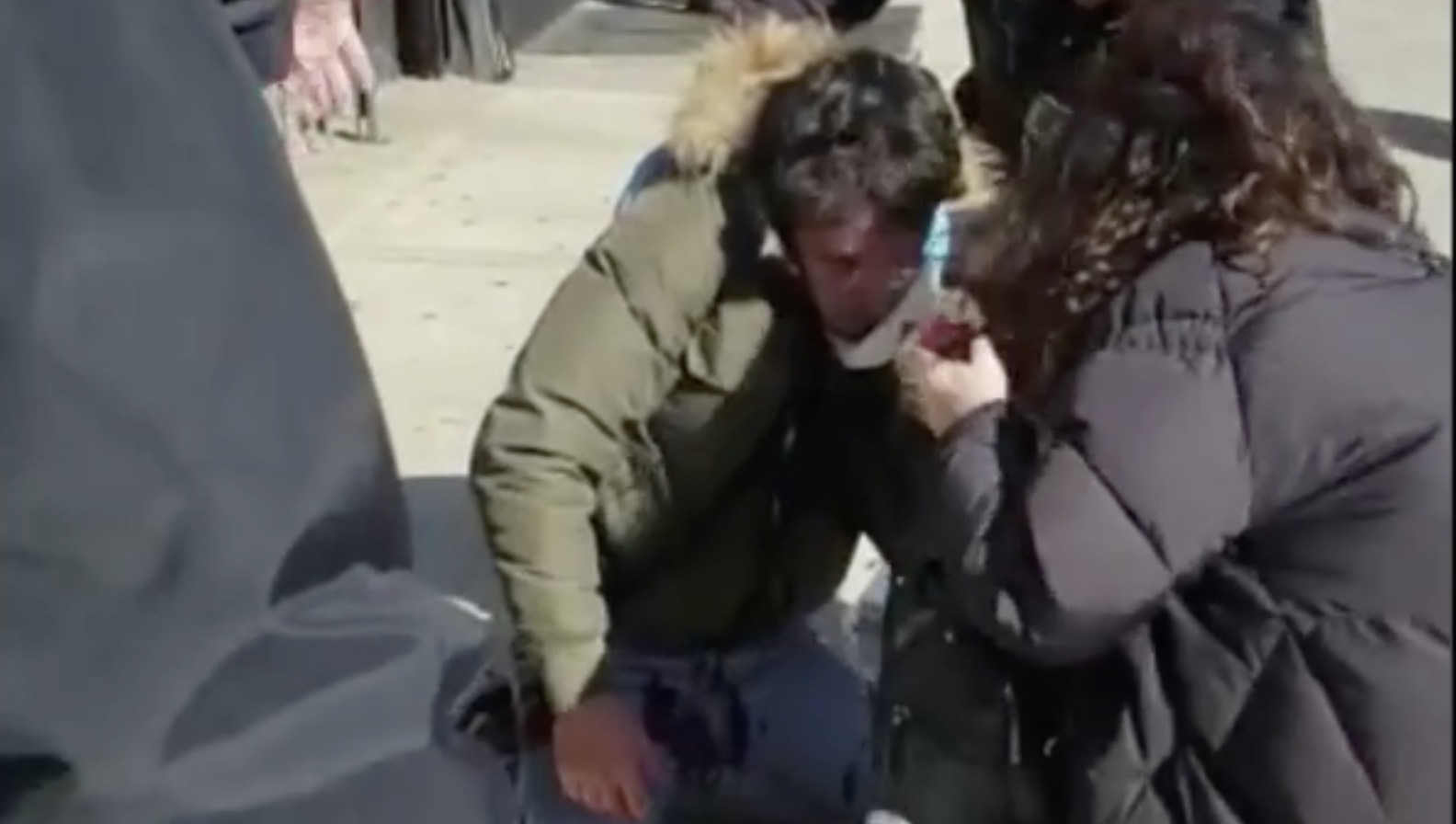 New York police have arrested a man suspected of slashing a French tourist across the face and neck as he walked with his girlfriend last week in upper Manhattan, the New York Post reported.

Gabriel Bascou, 27, and his girlfriend had just left the International House of Pancakes in Harlem and walked about three blocks when Bascou was attacked. Dramatic video obtained by the Post showed him on his knees on the sidewalk with his girlfriend and police officers around him while blood streamed away from him on the concrete. He’s been recovering since at Harlem Hospital.

Oueste France reported that Bascou, a photographer, is originally from the French island Reunion but currently lives in Paris.

“I didn’t see anything coming, he didn’t steal anything from me,” Bascou wrote in an Instagram post, according to the New York Post. “Just a gratuitous blow of absolute violence.”

His girlfriend, who declined to be named, told the Post that she lives in New York, and Bascou had come to visit for Valentine’s Day.

The attacker was seen on surveillance footage in the area, and police put out a photo of the suspect, leading to his arrest.

Police sources told the Post that Young lives near the IHOP and has randomly attacked people in the past, including a deli worker he allegedly slashed in the neck last summer.

The sources said he also reportedly rang a neighbor’s doorbell and then punched her in the face and kicked her.

A witness to the assault on Friday said the attacker had been walking alongside Bascou and his girlfriend when he suddenly attacked him.