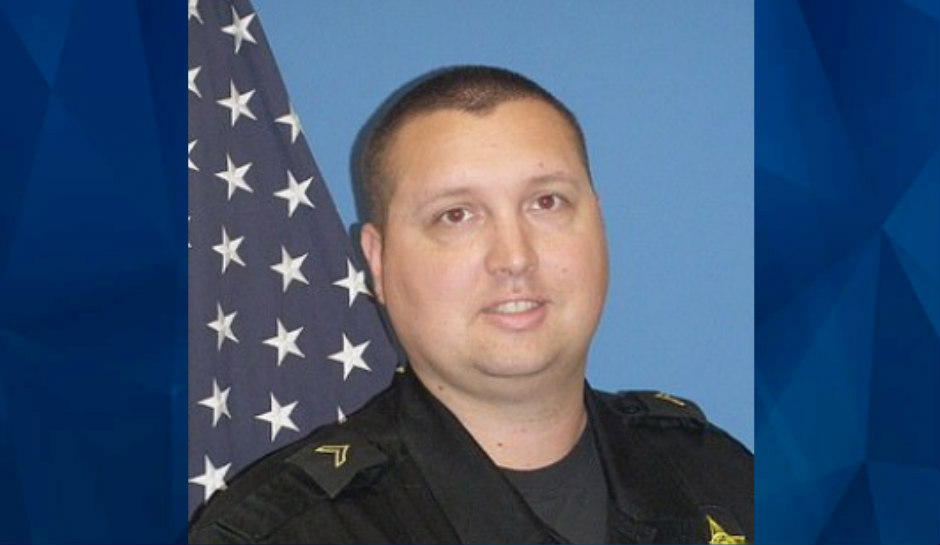 ‘Gillette was one who loved what he did. He loved life.’

A South Carolina deputy lost his life on Tuesday after a man fired several shots at him during an eviction notice delivery, police say.

NBC10 reports that Sheriff’s Deputy Corporal Andrew Gillette, of Sumter County Sheriff’s Department, was serving the notice at a home off of Thomas Sumter Highway (U.S. 521) in Dalzell, when the shooting occurred.

According to authorities, 56-year-old Terry Hasty opened fire on Gillette when the deputy tried to serve a detention order and eviction notice. A bullet struck Gillette in the chest. Other deputies shot back and killed Hasty at the scene.

The men and women of Constable Mark Herman's Office send our deepest condolences to the Sumter County Sheriff's Office as they mourn the loss of Corporal Andrew Gillette who was shot and killed this morning in the line of duty.

First responders rushed Gillette to a local emergency room. Although he was wearing a bullet-proof vest at the time of the shooting, he passed away from his injuries.

No other deputies were injured.

According to Law Enforcement Today, Gillette was an Air Force veteran with a wife and young son. He had been a deputy since 2013.

“Our deepest condolences and prayers are with his family,” Sumter County Sheriff Anthony Dennis said. “Gillette was one who loved what he did. He loved life.”