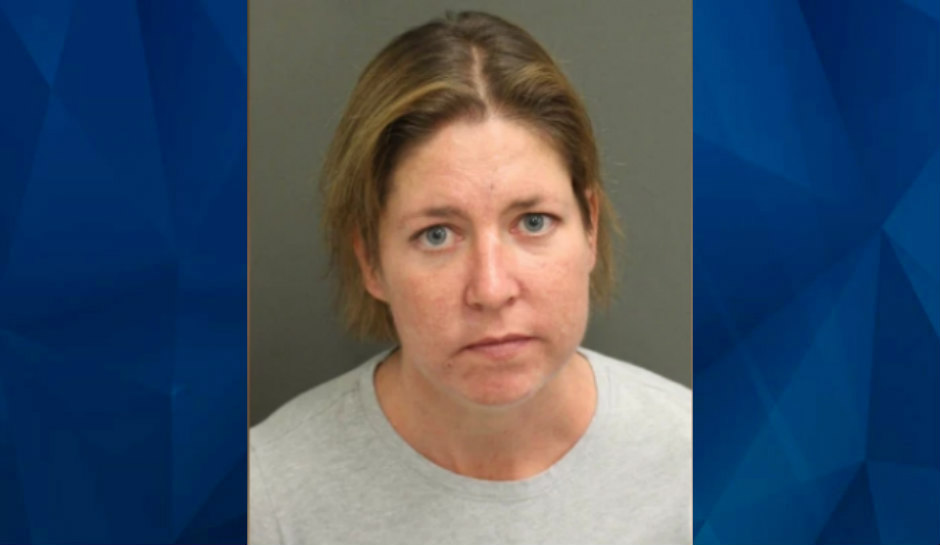 Florida woman zips boyfriend in suitcase, leaves him to die. She claims they were playing ‘hide-and-seek’: Police

A Florida woman is behind bars after police say she left her boyfriend to die in a blue suitcase.

Orlando Sentinel reports that 42-year-old Sarah Boone, of Orlando, is facing a murder charge after police found her live-in boyfriend dead on Monday, at a home off of the 4700 block of Frantz Lane in Winter Park.

Deputies arrived at the scene after Boone called 911 and reported that her boyfriend, identified as Jorge Torres Jr., was dead. She told the officers that she was playing a game of hide-and-seek with Torres the night before. She admitted she had been drinking alcohol and said they both “jokingly thought it would be funny if Jorge got in the suitcase,” the affidavit stated, according to ABC News.

Arrested: Sarah Boone, 42, for Second Degree Murder in the death of 42-year-old Jorge Torres Jr., who died after Boone zipped him into a suitcase, and didn’t return for hours. pic.twitter.com/JCHWG7WNkp

The suspect reportedly told the deputies that she went to bed at around 12:30 a.m. and forgot to help Torres out of the suitcase. When she woke up, Boone found Torres still in the suitcase and contacted police.

“Sarah assumed Jorge was going to get out of the suitcase and come to bed as well,” Orange County Sheriff’s Office Detective Chelsey Connolly wrote. “Sarah said neither her nor Jorge were drunk from the wine.”

Authorities searched two phones after the incident and reportedly found incriminating evidence against Boone. In one recorded video, Boone allegedly laughed at Torres after he told her he could not breathe.

According to police, the video also showed the suitcase facing downward as Torres attempted to get out. The suitcase was shown on another video in a different position as Torres yelled for help.

Authorities found Torres near the suitcase by the front door of the home. He had a bruise around his eye and a cut on his lip.

According to an autopsy report, Torres had long fingernail scratches on his upper back and neck. Injuries on his skull and forehead were consistent with blunt trauma.

Boone remains behind bars without bond.