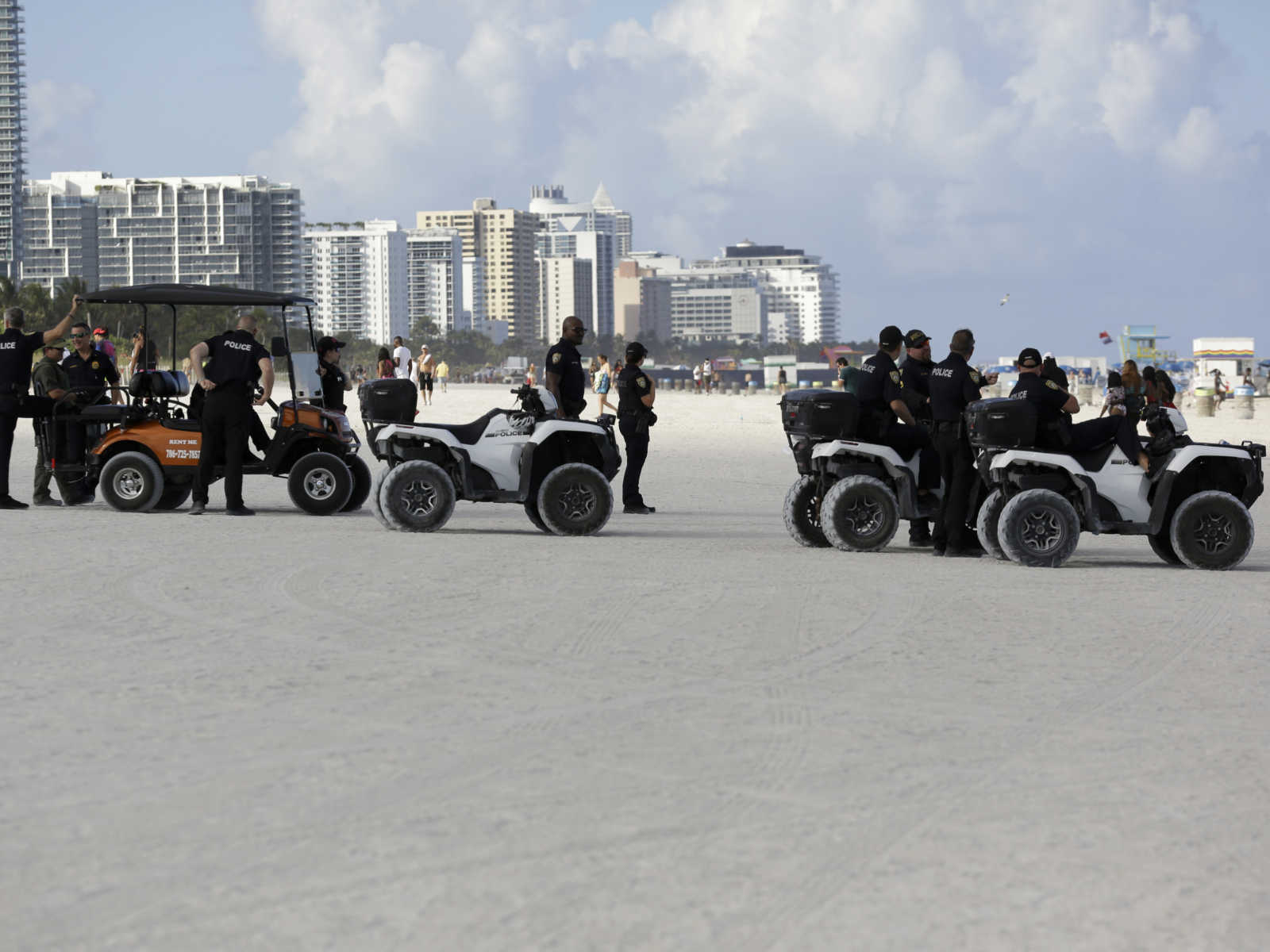 A chaotic scene unfolded Saturday night in Miami Beach after a man was shot by police in a popular spring break area, prompting dozens of people to flee the scene, the Miami Herald reports.

Video captured a stampede of people running away from the area.

The shooting occurred amid complaints that police have been too aggressive toward spring break revelers. According to the newspaper, officers have recently been involved in multiple altercations with spring breakers, including tackling and punching people. A woman was also grabbed by her throat.

Around 8:30 p.m. Saturday, an officer was flagged down about a man with a gun. When police confronted the man, he was shot.

The shooting comes as authorities in the city are also imposing restrictions on spring break festivities in an effort to help prevent the spread of coronavirus, WSVN-TV reports.

“To the extent that anyone can declare spring break is over, it is over this year,” Miami Beach Mayor Dan Gelber said at a news conference.

The city is closing down several popular areas of the beach and has moved up the beach’s closing time to 5 p.m.

On Saturday, police were taking steps to enforce the closure by blocking access to the beach and stopping large groups of people.

Not everyone supports the move.

Said one man: “How are you going to make us leave at 5 o’clock, you know what I mean? The beach is still light out. How are going to leave at 5 o’clock? I’m just trying to enjoy myself. I’m not going to argue the law, but I just don’t understand it.”

“Even though there’s no gathering on the beach, there’s gathering in the surrounding area, so the spread is still inevitable if there are any cases out here,” a woman told the television station.

Still, city officials are serious about the spring break restrictions. Gelber and City Manager Jimmy Morales declared a state of emergency, which authorizes the city to impose curfews and close private establishments, according to the Miami Herald.

The city will also suspend any special event permits for events of 250 people or more over the next month.