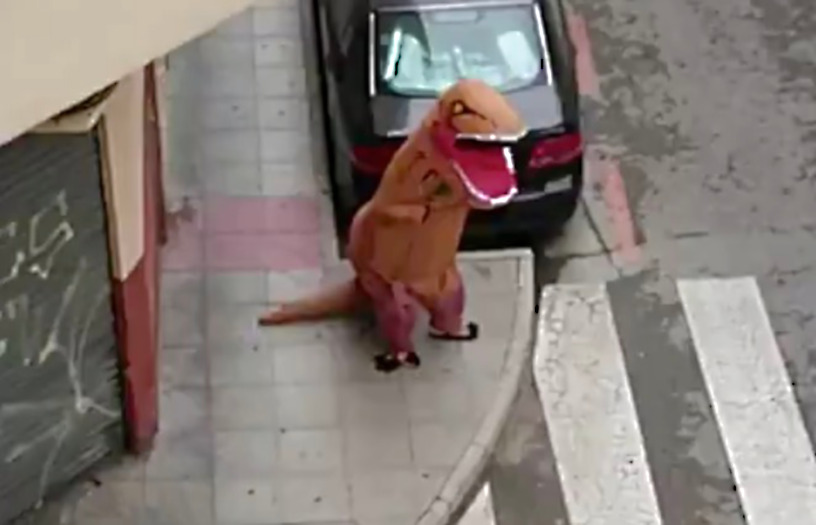 SEE IT: Cops warn T. rex to get off the streets during coronavirus pandemic

Police encountered a person in a Tyrannosaurus rex costume on the streets of Murcia this week, in violation of Spain’s “stay at home” order during the novel coronavirus pandemic sweeping the globe.

Video provided by the Murcia police shows the dinosaur waddling across a street in front of a police vehicle. The officer gets out and has a few words with the extinct creature, presumably telling him head on back to wherever it is the fierce creatures call home.

It’s possible the T. rex tried to explain his actions by pointing out his arms are too short to touch his face, but the officer likely countered that those arms were also too short for him to wash his hands.

As the cop gets back in the vehicle, the T. rex waddles on down the street.

A second video of the dinosaur posted by a Murcia resident appears to have been shot before the police arrived and shows the dinosaur loping down the street to put a bag of trash in a trash bin.

In the tweet accompanying their video, the police remind residents that walking their pets is allowed under the coronavirus regulations, but an unaccompanied dinosaur isn’t permitted.

The video also contains the reminder “#quédateencasa” — Stay at home.