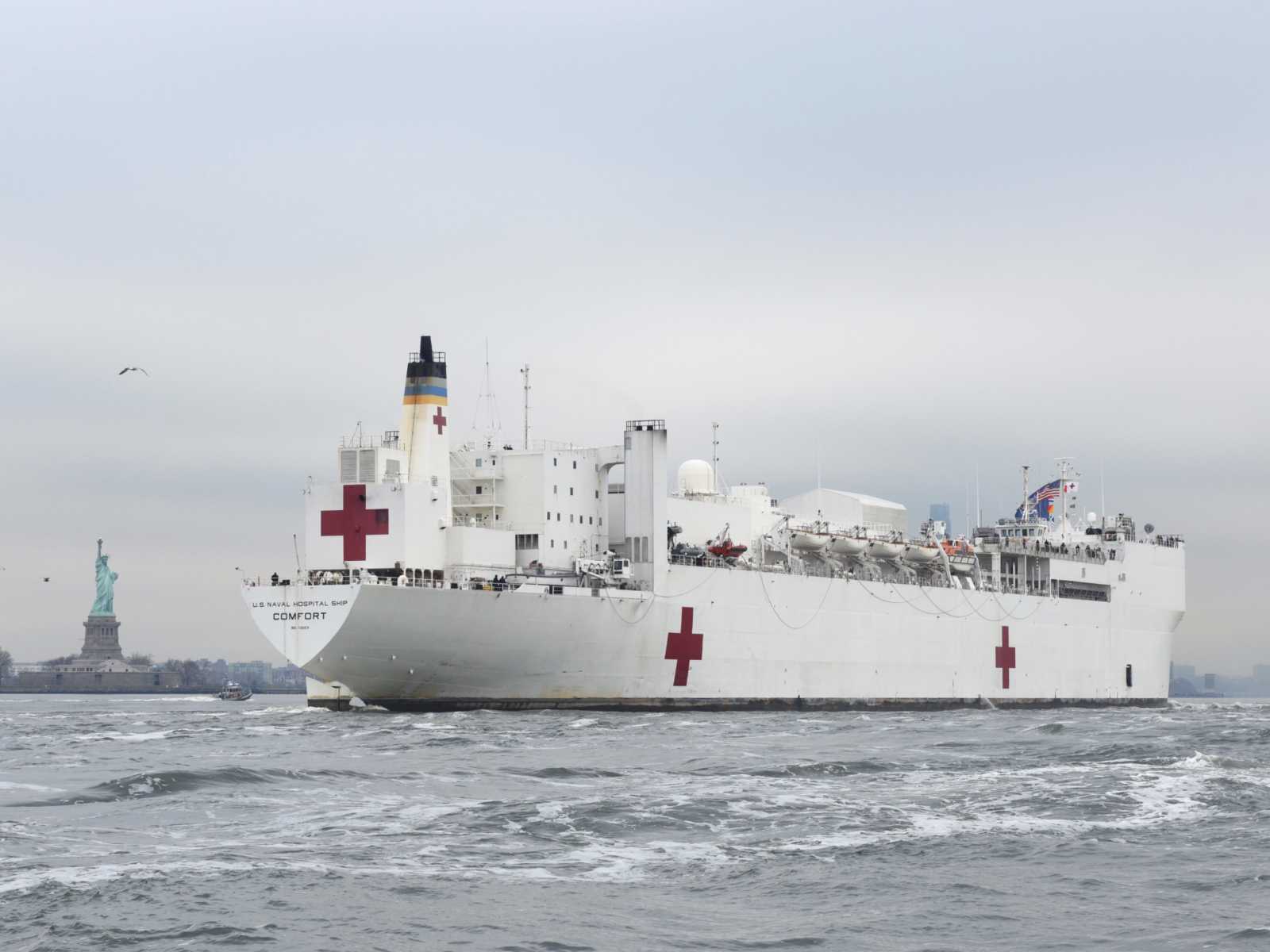 The hospital ship USNS Comfort docked in New York Monday morning to help take some pressure of the city’s hospitals and medical works, stretched thin by the relentless spread of the coronavirus pandemic.

The arrival of the 1,000-bed ship caused a stir on Manhattan’s West Side, as large crowds swarmed the fence at Pier 90 to watch the ship come in — so many, in fact, that police finally had to step in and urge the growing throngs to disperse.

This is incredibly counterproductive. People gathered to watch the US Navy hospital ship dock in New York City.

“The pictures made me realize it was happening, and I reported it to detail who got involved,” City Hall spokesperson Freddi Goldstein said.

“This is a new reality for all of us and we’re all adjusting. The mayor and the police commissioner are in regular contact to make sure our officers understand this new ask of them, as well,” she said.

Police said they merely urged the gathered to move along and issued no tickets.

Today @USCG units from around the region, joined by @FDNY @NYPDSpecialops provided a security escort for @USNSComfort arrival into #NYC, ensuring a safe transit for the 70K-ton hospital ship here to assist in the response to #COVID19.@nycgov @NYGovCuomo#CoastGuard2020 @USNavy pic.twitter.com/yRwDQMXbAM

In addition to the arrival of the Comfort, New York City opened a 1,000-bed temporary hospital at Javits Center on Monday, the state said.

#NYPD Harbor and Aviation escort the @USNavy USNS Comfort as it enters New York Harbor. Docking at Manhattan's Pier 90, the ship will be helping #NYC and the Nation by providing much needed additional medical care. @NYPDnews #NationalDoctorsDay pic.twitter.com/nMgH3InUv4