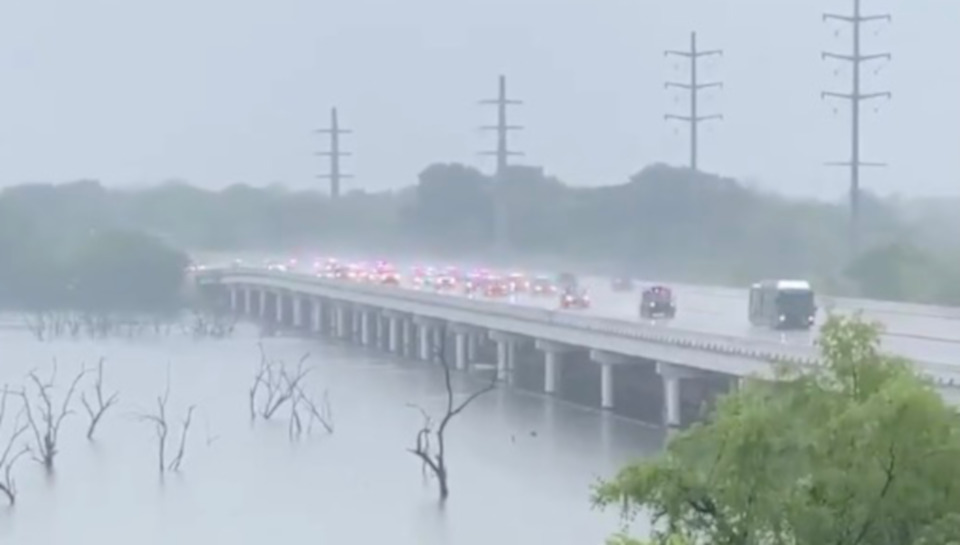 An armed man hijacked a Dallas transit bus Sunday morning, forcing the driver to lead police on a 20-mile chase through several Dallas suburbs before spike strips stopped the bus and the suspect was killed in a shoot-out with police, according to NBC DFW.

A police officer and a Dallas Area Rapid Transit (DART) officer were wounded during the incident as the suspect fired several times from the windows of the bus as it made its way through Richardson, Garland, Rowlett, Sachse, and Rockwall.

The officers were taken to a hospital with non-life-threatening wounds.

The ordeal began at about 11 a.m. in Richardson, when DART police received a report that an armed man had boarded a bus on Buckingham Street, shot out some windows, and ordered the driver to head toward an undetermined location. At the time, one other passenger was reported to be on the bus. DART spokesman Mark Ball said.

“There was an immediate threat and danger to people on the bus that’s why we were pursuing this vehicle. You could not ask for a worse situation,” Garland Police Lt. Pedro Barineau said. “You have a situation where somebody has taken driver of a bus hostage, is shooting at the police as we are pursuing him and there’s people around all over the road.”

Finally, spike strips punctured the bus’s tires just before noon, and it came to a halt on northbound President George Bush Turnpike between Liberty Grove Road and State Route 66, the Dallas Morning News said. The suspect got off the bus, exchanged fire with police, and was hit. He was taken to a hospital, where he was pronounced dead.

Ball said that police are trying to determine if the other passenger on the bus was connected in any way with the suspect, who has not yet been identified.

WFAA reported that the DART officer was shot in the leg. There was conflicting information about the police officer who was shot, with a Rowlett spokesperson telling WFAA a Rowlett officer was hit when “his patrol unit’s front window was shot out when the suspect shot at officers through the bus window,” while the Garland Police public information officer tweeted that a Garland officer was wounded. Rowlett police spokesman Cruz Hernandez said another officer’s patrol car was hit during the chase, but the officer was uninjured.