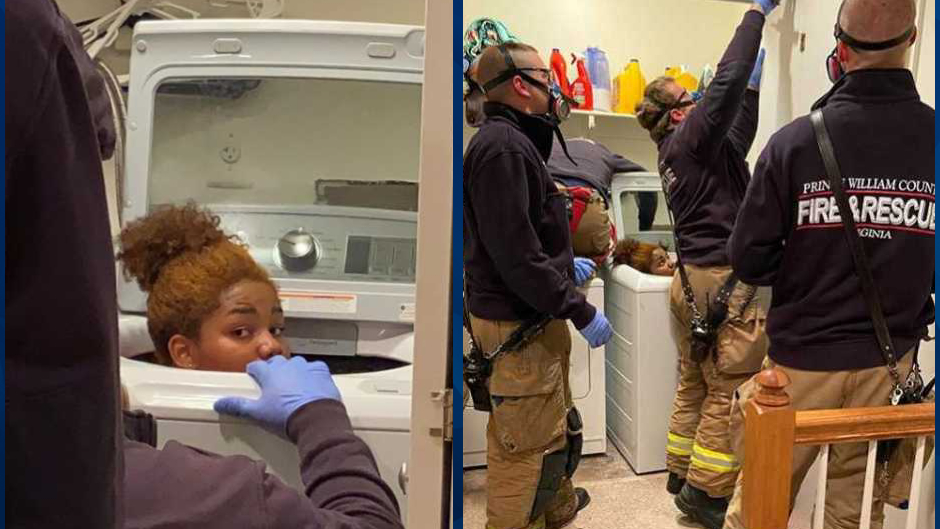 A fire department in Virginia was recently tasked with rescuing a teen who got stuck in a washing machine during a game of hide-and-seek.

The Prince William County Department of Fire and Rescue responded to a Woodbridge home on Sunday night. There, they learned that Amari Dancy, 18, became stuck in the household appliance while playing hide-and-seek with her younger cousins, according to WTTG.

In a video posted to Instagram, Dancy is heard saying she got stuck in the washing machine during a game of hide-and-seek. Her explanation evokes laughs from first responders.

Dancy’s aunt, who reportedly filmed the strange ordeal, told NBC News that first responders removed the top of the washing machine before pulling Dancy out.

“I was really worried to see if they were going to get me out or not,” the teen said. “Once they figured out what to do … I just felt relieved. I just wanted to be out of there.”

Dancy described the incident as “embarrassing,” but said she and her family had a laugh about it afterward.

HIDE-AND-SEEK GONE WRONG: Prince William County Fire and Rescue came to the aid of a teen who got stuck in the washer during a game of hide-and-seek. https://t.co/r7ZC5zrHYb pic.twitter.com/pCpzMGjek4