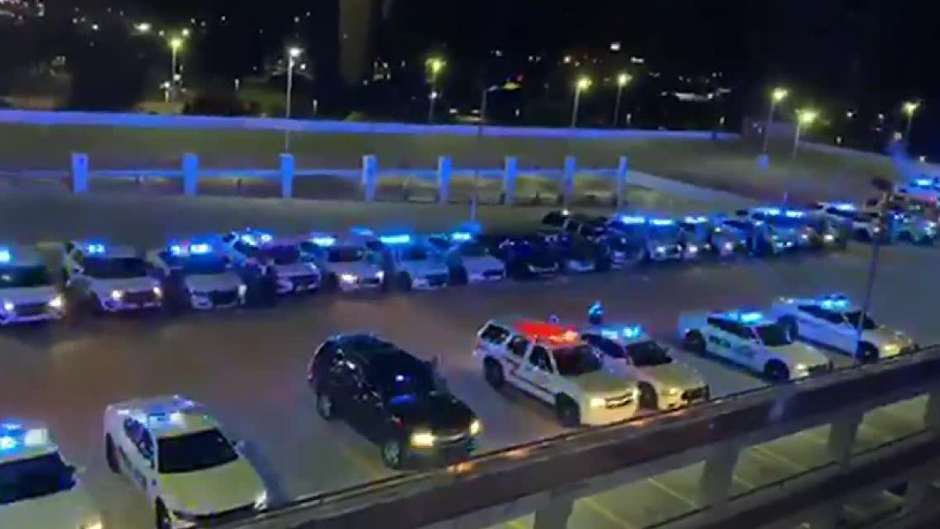 VIDEO: Community pays respects after veteran officer killed, another wounded after the officers tracked down a murder suspect [Reports]

A Louisiana police officer is dead while another is fighting for their life after being shot while investigating a homicide.

Ronnie Kato, 36, allegedly opened fire on the Baton Rouge officers on Sunday as they investigated a tip that Kato was at a home in the 3100 block of Conrad Drive. Hours earlier, Kato is believed to have fatally shot someone roughly five miles from where he shot the two officers, according to The Advocate.

SWAT reportedly took Kato into custody following an hours-long standoff in which shots were exchanged.

The names of officers shot on Sunday have not yet been released. Baton Rouge Police Chief Murphy Paul described the fallen officer as a 21-year law enforcement veteran. The critically-injured officer has been an officer for seven years, he said.

WAFB obtained footage showing dozens of first-responders gathered in the parking lot of Lady of the Lake Regional Medical Center to pay their respects. The injured officer’s current condition is not immediately known.