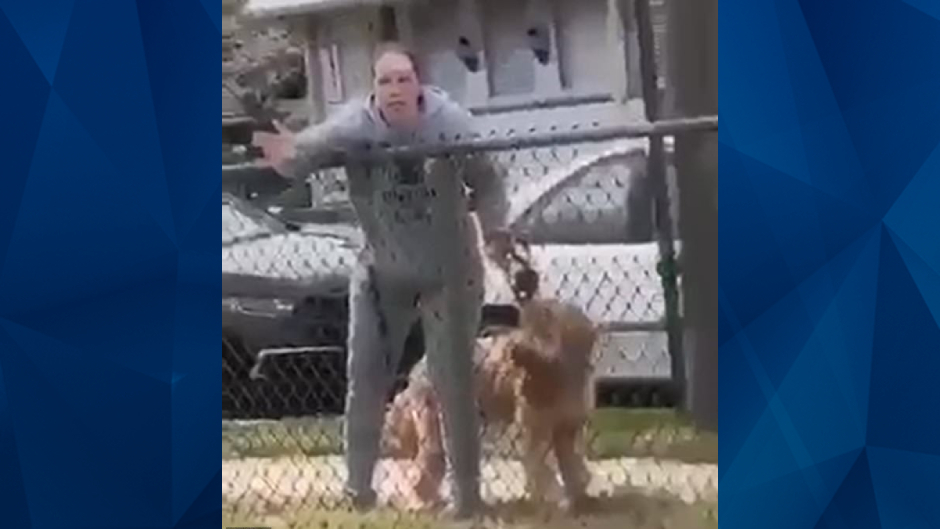 A teacher in New Jersey was reportedly filmed chastising a group of teens for disobeying ongoing social distancing policies.

The Trentonian reported that multiple sources have identified the woman seen in the video as Nicole Griggs, a math teacher at Steinert High School in Hamilton Township. One of the teens involved in the incident told the news outlet that Griggs confronted them on Thursday while they were playing football at a local school that is presumably closed due to the state’s ongoing stay-at-home order.

“Get it through your thick head. You are the reason we are in this situation. You are the problem, not the solution,” Griggs is reportedly heard telling the teens before saying she doesn’t care if she’s filmed and posted on social media.

“You’re the idiot doing the wrong thing. I’m just trying to save your ass and save your life. But die, OK. I hope both of you get the coronavirus. I hope you both die a long, painful death.”

Citing property records, The Trentonian reported that Griggs lives a mile from the football field. The news outlet also reported that in early April, Griggs posted to Facebook about confronting a couple who removed caution tape from park equipment so their young child can play.

“We are surrounded by idiots!!!!!!,” she allegedly wrote. “I totally called them out on it, wished illness on them and commented that it was scary to even think they were parents. Their response: ‘We were going to put it back.’”

News about Griggs’ filmed rant gained traction after a Steinert High School student shared the footage on Snapchat. A classmate then posted the footage to TikTok, a popular social media platform for younger generations.

Hamilton Superintendent of Schools Dr. Scott Rocco confirmed to The Trentonian that school officials are aware of the video and plan to provide a statement. It’s not immediately known whether Griggs is expected to face any disciplinary action.

"I hope both of you get the #coronavirus. I hope you both die a long painful death." https://t.co/d2gESAB7OQ