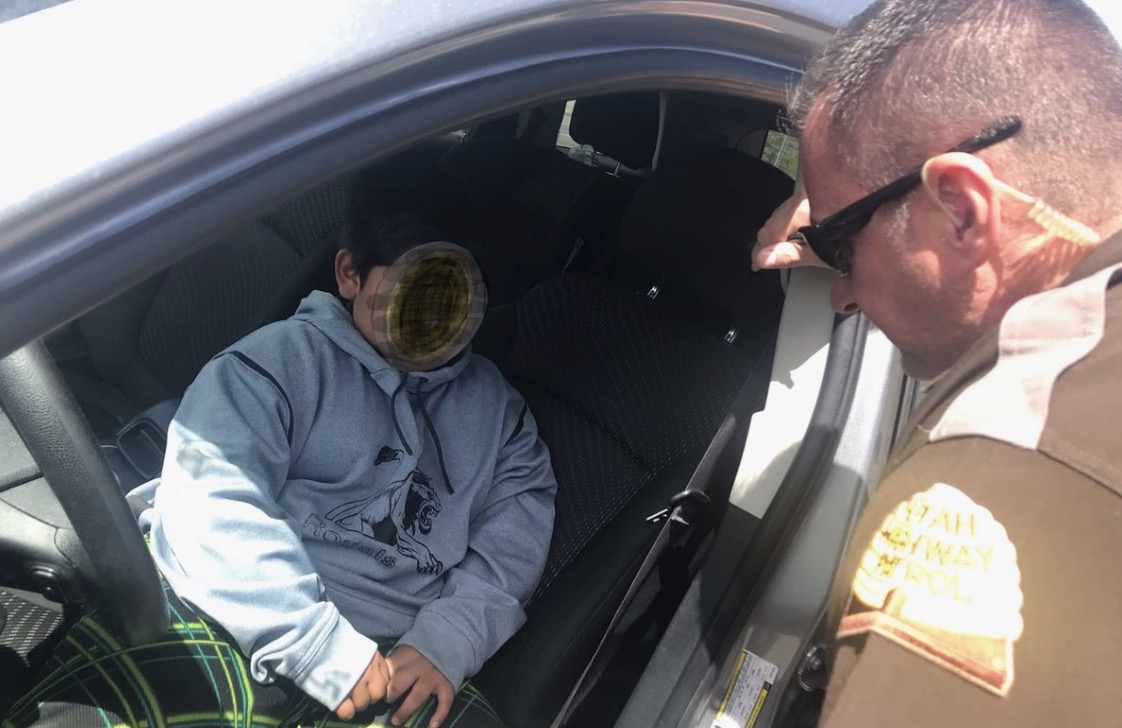 SEE IT: 5-year-old Utah boy steals parents’ SUV and heads to California to buy sports car after mom says no

A Utah state trooper pulled over what he thought was an impaired driver on Interstate 15 in Ogden Monday afternoon and was quite surprised to find a 5-year-old boy at the wheel.

“His story is that he left home after an argument with Mom, in which she told him she would not buy him a Lamborghini,” the Utah Highway Patrol said in a tweet. “He decided he’d take the car and go to California to buy one himself.”

The boy drove the car about two miles before the trooper pulled him over, KUTV reported.

One of our Troopers in Weber Co. initiated a traffic stop on what he thought was an impaired driver. Turns out it was this young man, age 5, somehow made his way up onto the freeway in his parents' car. Made it from 17th and Lincoln in Ogden down to the 25th St off-ramp SB I-15. pic.twitter.com/3aF1g22jRB

The boy told the trooper he had about $3 to use for the Lamborghini.

DASHCAM VIDEO: Watch as police pull over a 5-year-old boy who told police he took his parents' vehicle so he could drive to California to buy a Lamborghini after his mother refused to buy him one.STORY: https://kutv.com/news/local/5-year-old-stopped-for-impaired-driving-in-ogden-after-mom-wouldnt-by-him-lamborghini

KUTV said troopers are talking with the boy’s parents and trying to determine if any charges will be filed.