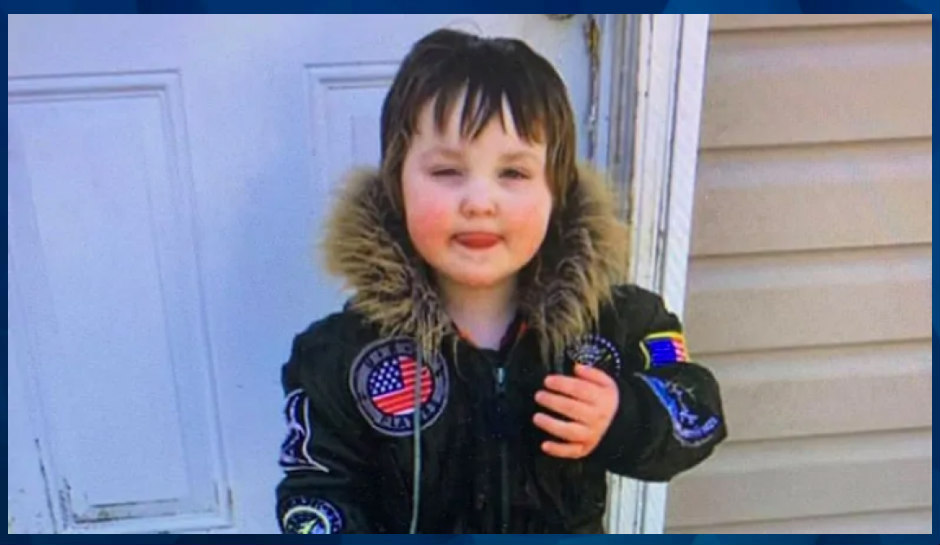 Officials in Nova Scotia resumed a search for a boy who wandered off last week while at his grandparents’ home.

As CrimeOnline previously reported, 3-year-old Dylan Ehler was visiting his grandparents in a neighborhood near Queen and Elizabeth streets in Truro, Nova Scotia, when he vanished. The child’s grandfather, Norman Brown, told the outlet that Dylan disappeared after his grandmother “turned her back for a minute.”

Dylan, described as an “active boy,” was last seen in camouflage pants, blue rubber boots, and a winter coat with U.S. flags (pictured).

“He thinks it’s a game. Once he’s out and about, he loves to run. He was outside with his grandmother. Then he was gone,” Brown said.

Hey friends. I rarely do this. I know it's a stressful time, but if you feel inclined to check this out or share please do. My step-family is devastated, and every little bit really helps. The concern and community support means a lot.https://t.co/aLTkStpU9h

According to CTV News, searchers found the boy’s boots in Lepper Brook last week, close to the grandparents’ residence. Officials have now classified the case as a “recovery operation.”

“There’s a quick-moving brook, Lepper Brook, that runs parallel to Elizabeth Street,” Truro Police Chief Dave MacNeil said. “The water is very high there this time of year and it’s moving fairly quickly. Firefighters did go into the river, probably chest-height, and they were searching the river.”

Anyone with any information on Dylan’s whereabouts should contact the Truro Police Service at 902-895-5351.