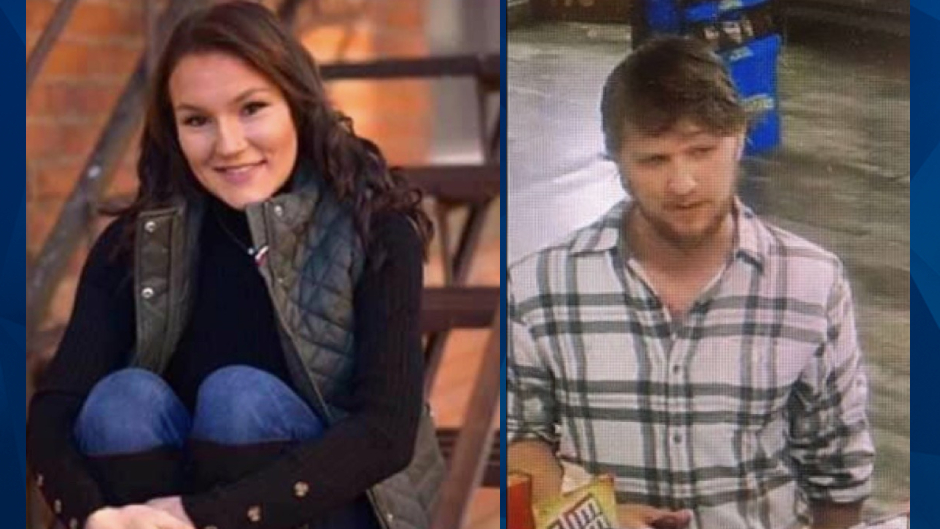 Police in Ohio are seeking information about an unidentified man who possibly knows about a missing teen who hasn’t been seen since Sunday.

Madison Bell, 18, was reported missing by her mother after she failed to make it to a tanning salon that she said she was headed to. Shortly after the teen’s disappearance, her vehicle, cellphone, and wallet were reportedly discovered in the Good Shepherd Church parking lot located near the salon, in Greenfield. Her keys were reportedly found in the car’s ignition.

Highland County and Ross County police and the U.S. 23 Major Crimes Task Force released surveillance stills of the unidentified man and a white sedan which could be related to Bell’s disappearance.

Highland County Sheriff Donnie Barrera told WCPO that the images came from a camera located at the Country Corner Market, located near the tanning salon. Surveillance cameras at the church were non-functional, and authorities have no images showing the person of interest and Bell at the same place. Nobody at the market recognized the man, according to the news outlet.

Help us identify this unknown male who may have info related to the disappearance of Madison Bell on May 17 in Greenfield, OH. Contact the #FBI at 513-421-4310 or the Highland County Sheriff's Office at 937-393-1421. https://t.co/To2un77jfo pic.twitter.com/hPNyR1cxPa

The car is described as a white Nissan sedan with a California license plate. The man in question has brown hair, a short beard, and a thin mustache. He was spotted wearing a white shirt with a green check pattern.

“This guy is attached to this car, and this car is believed to have been at the location Maddie left her car at,” Highland County Chief Deputy Brandon Stratton told the Chillicothe Gazette.

A $15,000 reward is being offered for information leading to Bell’s whereabouts. Barrera said the FBI is enhancing the surveillance still of the white sedan so the license plate is legible.

Bell is described as being 5 feet, 7 inches tall, 125 pounds, and having brown hair and brown eyes (though she may be wearing blue or gray contact lenses). She reportedly has a ghost tattoo on her side and a cross tattoo on her neck.

“I know that something is wrong because she would never…this is so out of character, she would never leave her dog, her family, her friends. This is graduation week and she was looking forward to this whole week,” mother Melisssa Bell told WHIO.

Posted by Greenfield Police Department on Monday, May 18, 2020

At the time of her disappearance, Bell was reportedly wearing a t-shirt, black leggings or “Star Wars” pants, brown sandals, and a black North Face jacket.