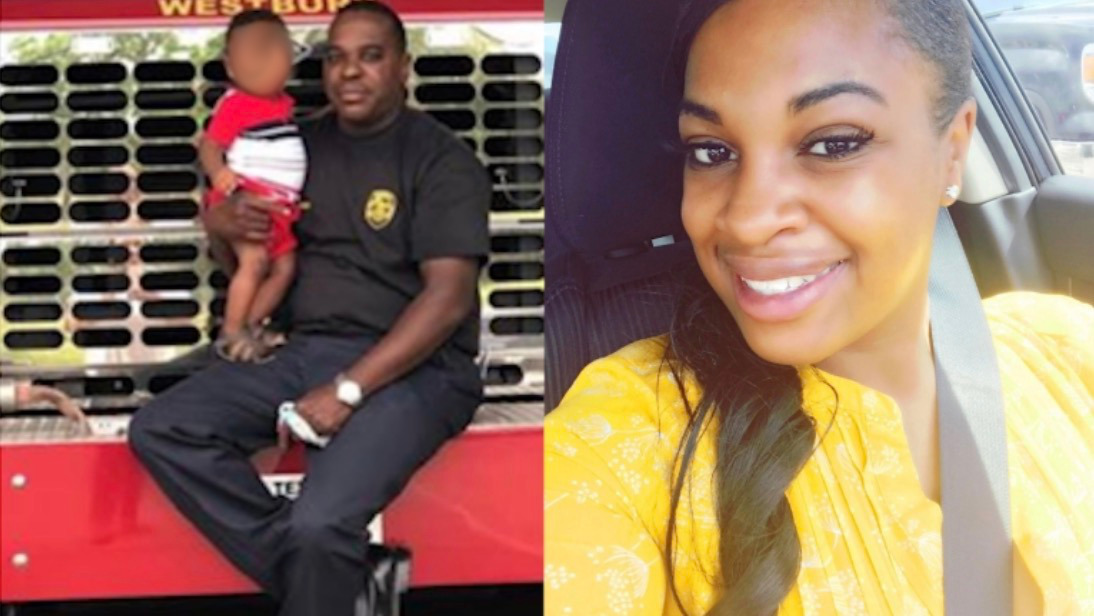 A Houston Fire Department captain and his girlfriend were found dead Friday in their home south of Houston, and the Brazoria County Sheriff’s Office says it is investigating the incident as a murder-suicide.

Sheriff’s deputies forced their way inside the home of Briana Warren, 25, and Joe Robinson, 38, when they heard a baby crying, and there was no response from anyone inside, the Houston Chronicle reported.

A relative asked deputies to check on the couple when they hadn’t heard from them since Thursday. Their 22-month-old son was found unharmed inside, KHOU reported.

Police have said a weapon was found inside but did not say how Robinson and Warren died. Family members told KTRK that they two were shot.

Warren’s sister Brandie Warren told the station she received a text message from Brianna on Thursday that concerned her. She said she rented a vehicle for her sister, who was heading home to prepare to leave.

She and other family members called 911 when they couldn’t reach Briana on Friday.

“You would not have known,” the sister said. “I’ve never seen this side of this man. I’m in shock.”

According to fire officials, Robinson had been with the department for 15 years and was promoted to captain last year.

“It’s a terrible family tragedy,” Houston Fire Chief Sam Pena said. “We have two families one has lost a daughter the other has lost a son, and it’s heartbreaking.”

Houston’s firefighters union issued a statement saying they were “stunned” by the news.

“This is a terribly sad, but urgent reminder that we should watch out for and take care of our family members in distress,” the statement said. “Whether for line-of-duty behavioral health issues or other life challenges, help is available — no matter what.”