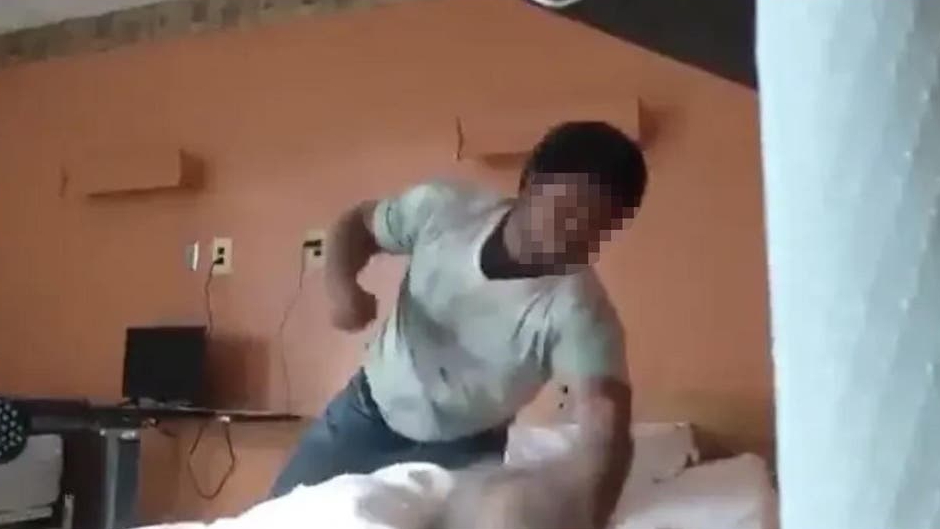 Authorities in Michigan have publicly identified the man who was allegedly filmed earlier this month beating an elderly man at a nursing home.

MLive.com reported that Jaden Hayden, 20, attacked Norman Bledsoe, 75, at Detroit’s Westwood Rehabilitation Nursing Center on May 15. The Wayne County Prosecutor’s Office said Hayden was sharing a room with Bledsoe when he set up a cellphone and pummeled Bledsoe as he lay in bed.

Hayden, who was arrested Thursday, was charged with assault with intent to do great bodily harm, larceny in a building, and financial transaction device steal/retaining without consent.

***WARNING: The following video shows elder abuse, which could be disturbing to some viewers. Please use discretion.***

Warning ⚠️
What the Actual F*ck!What is wrong with people?

Prosecutors claimed that nursing home staff initially attributed Bledsoe injuries to a fall from his bed. Authorities said he was hospitalized for injuries to the left and right sides of his head, according to MLive.

The law firm representing Westwood Rehabilitation Nursing Center told WDIV that Hayden is not a long-term patient, but has been admitted into the home for rehabilitation and recovery on a temporary basis.

Hayden is not only accused of posting the video to social media, but he allegedly also stole Bledsoe’s credit cards. The Detroit Free Press reported that the video gained the attention of Ann Arbor police, who forwarded it to the Detroit Police Department.