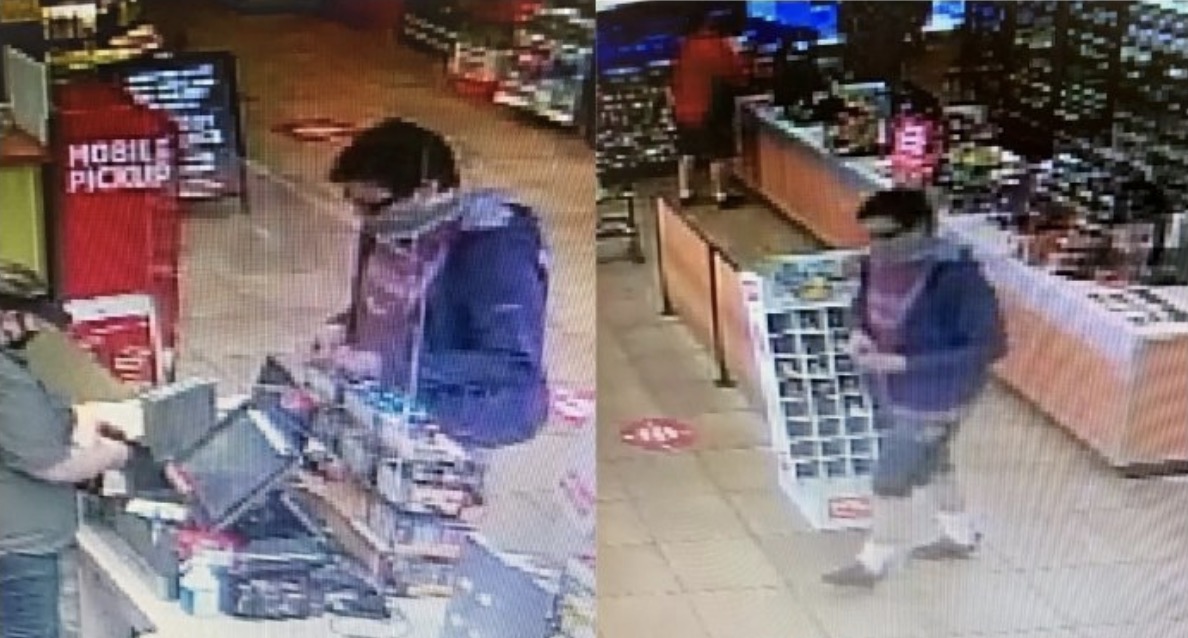 MANHUNT: ‘UConn killer’ caught on camera at gas station before taking an Uber into Maryland

The manhunt for a 23-year-old University of Connecticut student wanted for murder and kidnapping moved across Pennsylvania state lines into Maryland on Wednesday, after he was seen on surveillance video in one state and then took an Uber into the other.

As CrimeOnline previously reported, Peter Manfredonia allegedly killed Theodore Demers, 62, in an attack on May 22 in Willington, Connecticut, that left an 82-year-old man who tried to intervene injured. After the suspect attacked the men with an “edged weapon,” he fled the area, police said. He is also accused of holding a Willington homeowner captive Sunday before stealing a truck and firearms. The homeowner was not injured.

Authorities located the stolen truck in Osbornedale State Park in Derby. While searching the park, authorities learned that Nicholas Eisele, 23, Manfredonia’s friend who lived nearby, had been murdered. Officers found Eisele dead in his home from a gunshot wound. The suspect is accused of also kidnapping Eisele’s 23-year-old girlfriend. She was later found safe at Patterson, New Jersey, with her vehicle.

Pennsylvania State Police said Wednesday that they’d received a tip placing Manfredonia in Chambersberg, Pennsylvania, where surveillance video recorded him at a convenience store. From there, he reportedly took an Uber to Hagerstown, Maryland, about 25 miles away.

If seen, DO NOT APPROACH, HE IS CONSIDERED ARMED & DANGEROUS, CALL 911 IMMEDIATELY!

Police said that a black Hyundai Santa Fe reported stolen on May 25 in the Stroudsburg area of Pennsylvania was found 170 miles away near near the Chambersberg convenience store. Manfredonia was last sighted in Stroudsburg, , where an Uber driver dropped him off in front of a Walmart and surveillance video recorded him walking along nearby train tracks.

IF SEEN, DO NOT APPROACH ➡️ CONSIDERED ARMED & DANGEROUS!

“What we know is that in his old dorm room, it was scribbled on the wall, ‘See what happened when Adam [Lanza] snapped? What will happen when I snap’”? Grace said.

Grace pointed out that Manfredonia was reportedly stalking a young woman he knew when he encountered Demers. That woman, she said, had planned to take out a temporary restraining order against him. “He’s walking straight to her place with a machete hidden in his backpack. That can’t be good.”

“The problem, aside from the dead bodies, is there’s no particular MO,” Grace said. “We don’t know what he’s going to do next.”

Law enforcement authorities and Manfredonia’s family urged him to surrender.

“Peter, if you’re listening, you’re loved, your parents, your sisters, your entire family loves you. Nobody wants any harm to come to you. It’s time to surrender,” Michael Dolan, attorney for Manfredonia’s family, said.

“We have talked to your family, we’ve talked to your friends and your roommates. All of them have said the same thing – that this behavior is out of the ordinary for you. We know this is not who you are,” Connecticut State Police Lt John Aiello said.

“Your parents, your friends, all of us back here in Connecticut want a peaceful end to this,” he said. “Your family has hired an attorney on your behalf and your rights will be safeguarded. We are waiting to hear from you. We want to hear from you. Please call 9-1-1. Let us know where you are. We want to resolve this in a safe way. Please call us. We are waiting here to listen to you.”