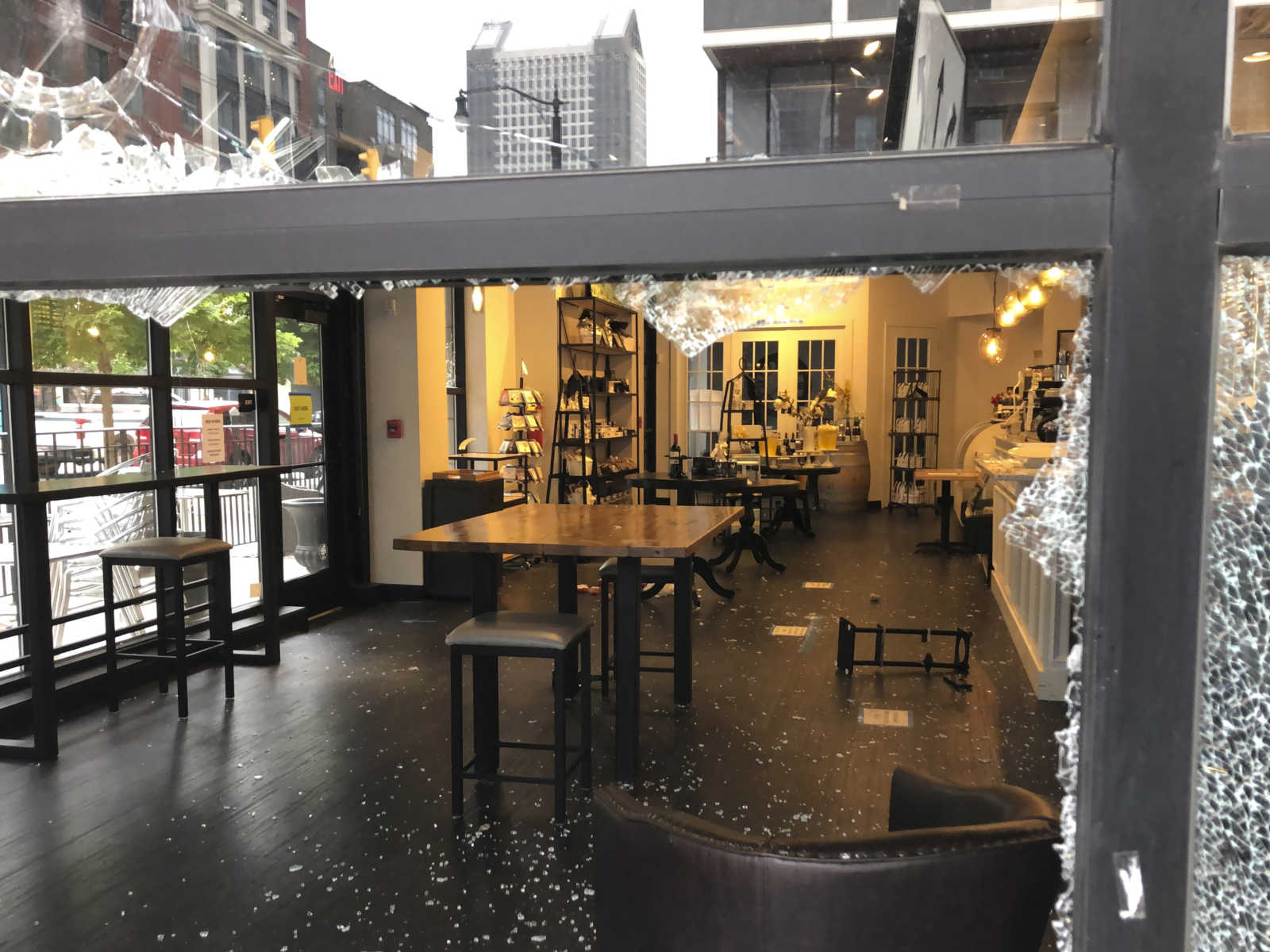 ‘We know with precision where that officer was’: St. Paul police refute persistent claims that undercover officer smashed windows, sprayed graffiti to provoke rioting in Minneapolis

A video of a man smashing windows in Minneapolis, Minnesota, has been the focus of persistent rumors alleging the man is a St. Paul police officer, purportedly attempting to incite rioting while undercover.

In the video, a man carrying an umbrella and with his face and head covered is seen smashing windows and spray-painting graffiti at an Autozone in downtown Minneapolis this week, before abruptly walking away from the scene. The man in the video has been characterized on social media as a “provocateur” who helped kick off unrest in the city where an unarmed black man, George Floyd, died on Monday after a white police officer knelt on his neck for eight minutes while Floyd begged for air.

The officer, Derek Chauvin, was arrested on Friday and is facing charges of third-degree murder and manslaughter.

On Thursday, a California-based writer and activist shared screenshots of a text message conversation he said was between the officer’s ex-wife and a friend. In the text messages, the ex-wife identifies the man in the photo as her ex-husband Jacob Peterson, saying the she recognizes his eyes, and that the gas mask and gloves he is wearing are hers.

From a close friend in Minny. There it is. pic.twitter.com/zkv626Pj1G

Late Thursday, after photos of Pederson circulated widely online, the St. Paul Police Department posted a statement on Twitter insisting that the rumor was false; that the man in the video is not a St. Paul police officer.

We are aware of the social media post that erroneously identifies one of our officers as the person caught on video breaking windows in Minneapolis.

We've seen it. We've looked into it. And it's false.

But the denial has done little to stop the allegation from circulating on social media. On Friday, CrimeOnline contacted the St. Paul Police Department and asked if they could provide further corroboration of the claim that Pederson was not the officer seen in the video.

“We know with precision where that officer was when that video was recorded … He was with his colleagues and we have confirmed all of that,” Linders said. “To have something like this attack one of our officers who is busy dedicating his career to protecting the city of St. Paul and its people is beyond disappointing.”

“I’m not sure what the next steps are other than just to calm down and stop posting this false narrative,” Linders added.

CrimeOnline is expecting to communicate further with the St. Paul Police Department and will provide an update when more information is available.