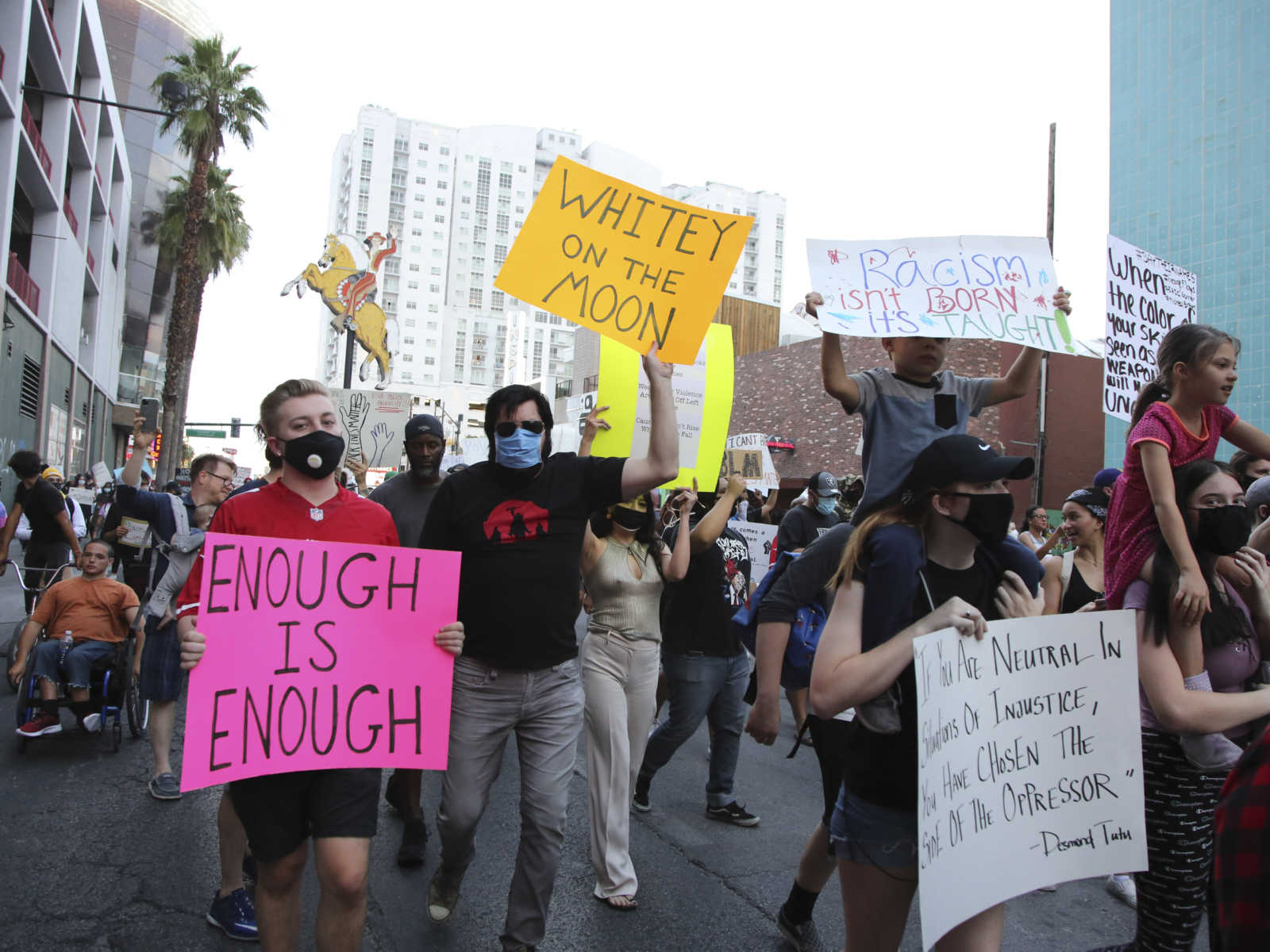 Reporter blind in one eye after being shot during Minneapolis protests: Reports

A journalist covering protests sparked by the murder of George Floyd is permanently blind in one eye after being shot by police, The New York Times reports.

Linda Tirado, a freelance photographer from Nashville, was documenting demonstrations in Minneapolis on Friday when she believes she was shot by a rubber bullet fired by police.

Tirado was wearing goggles at the time, but they fell off her face while she was running away from tear gas.

“I was aiming my next shot, put my camera down for a second, and then my face exploded,” Tirado told the newspaper. “I immediately felt blood and was screaming, ‘I’m press! I’m press!’”

Hey folks, took a tracer found to the face (I think, given my backpack) and am headed into surgery to see if we can save my left eye

Protesters in the area carried Tirado to safety. She told the Times it was clear she was a journalist.

“I would say there is no way that anyone had looked at me and not known that I am a working journalist,” Tirado told the newspaper. “That said, police have been pretty clear that they don’t care if you are working journalist.”

LIVE ON @wave3news – something I’ve never seen in my career.
An armed officer shooting directly at our reporter @KaitlinRustWAVE and photographer @jbtcardfan during the protests in #Louisville.
My prayers are going out to everyone tonight.
Such a scary situation for all. pic.twitter.com/Ipg0DjFIXu

A spokesman for the Minneapolis Police Department said officers have not had rubber bullets for decades.

However, Tirado is not the only journalist to report being struck. Los Angeles Times reporter Molly Hennessy-Fisk wrote that she also believes she was struck with rubber bullets. Michael George, a CBS Newspath correspondent, tweeted that he and his crew were fired at with rubber bullets. Multiple local reporters also said they were targeted with what appeared to be rubber bullets.

It is possible that an agency other than the Minneapolis Police Department is responsible for the injuries to the reporters. The Minnesota State Patrol, National Guard, and numerous local police departments have been deployed.

Journalists covering the Minnesota protests have reported multiple other run-ins with authorities, even though reporters were specifically exempted from curfew. A local television photographer was arrested after he identified himself as a member of the news media. A Vice News reporter tweeted that he was pepper-sprayed after displaying his press card.

"I'M NOT FIGHTING": Tom Aviles, an award-winning photographer with CBS Minnesota, was arrested and struck by a rubber bullet while covering protests in Minneapolis. https://t.co/uIJsKYOboi pic.twitter.com/lkaavUgeGi

The incidents came after a CNN reporter was arrested on live television Friday morning, prompting Minnesota Gov. Tim Walz (D) to apologize, which he did a second time Sunday morning.

“I want to once again extend my deepest apologies to the journalists who were once again in the middle of this situation, were inadvertently but nevertheless detained,” Walz said during a news conference. “To them personally, and to the news organizations and to journalists everywhere, it is unacceptable.”

Reporters elsewhere around the United States were also attacked. In Louisville, police specifically targeted a local television news crew. Video of the incident shows an officer in riot gear aiming and shooting non-lethal rounds live on the air.

“I’m getting shot,” the reporter screams.

“Who are they aiming at?” an anchor asks.

“Directly at us,” the reporter says as an officer fires at the camera person.