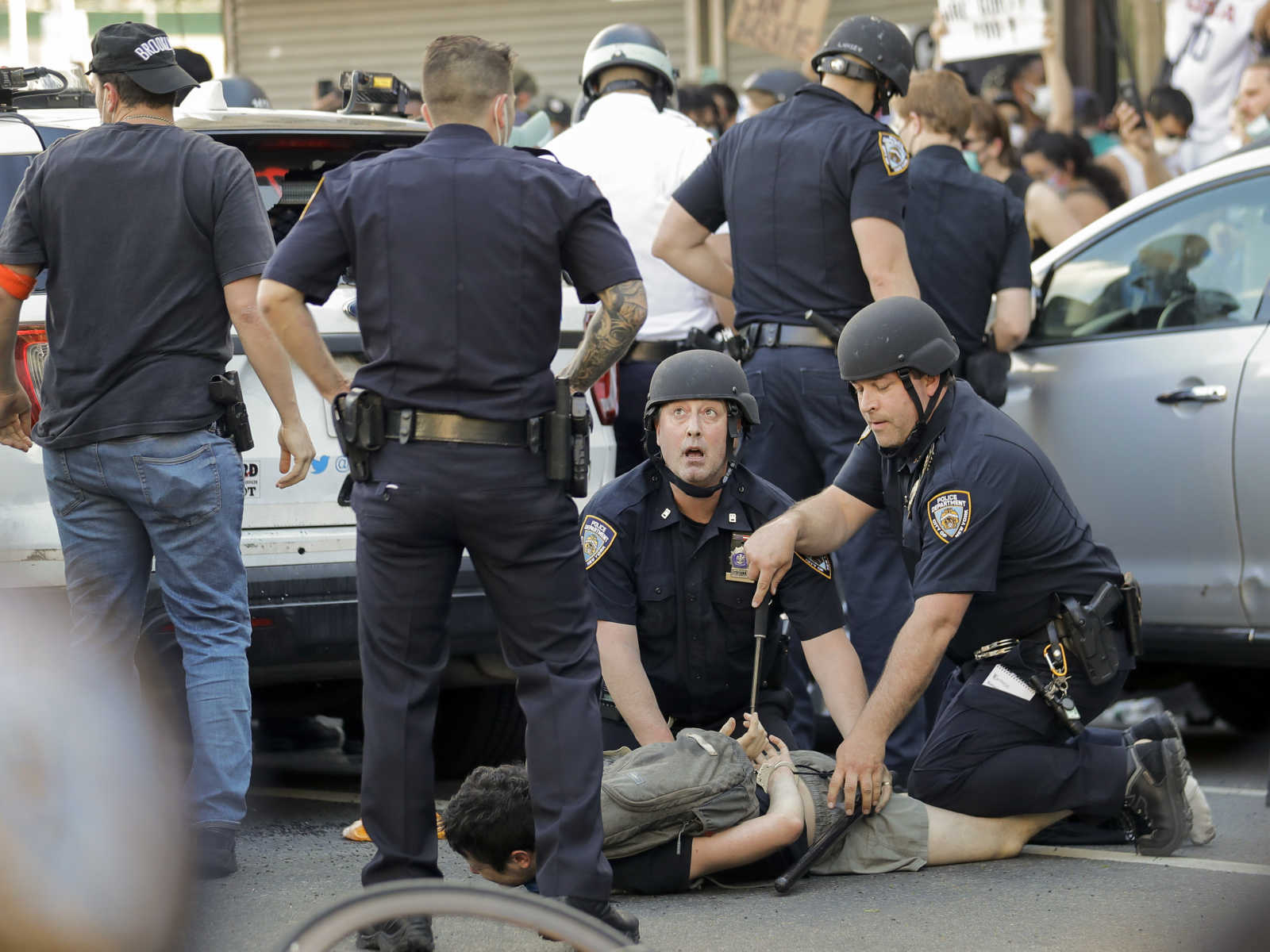 The incident occurred around 8 p.m. Saturday, according to videos posted to social media.

The clip shows an NYPD SUV standing idle in the middle of a street in the Prospect Heights neighborhood as protesters pressed a barricade against the vehicle and also threw objects at it.

Another police SUV then enters the frame and moves toward protesters, who put their hands on the vehicle as the driver continues forward.

The officer in the first SUV then drives forward into the barricade, which knocks many of the protesters down onto the pavement.

It’s hard to remain peaceful when the NYPD is doing stuff like this pic.twitter.com/Ue01z5Ckk3

New York City Mayor Bill de Blasio said during a news conference that the officers’ actions were “troubling,” but also added: “If those protesters had just gotten out of the way and not created an attempt to surround that vehicle, we would not be talking about this situation.”

In a Sunday morning press conference, Mayor de Blasio doubled down on his defense of the NYPD officers, claiming that the protesters were creating an unsafe situation for police inside the vehicle.

U.S. Rep. Alexandria Ocasio-Cortez (D-New York) tweeted that she was outraged by the incident and said the officers driving the vehicles ought to be “brought to justice.”

A law enforcement source told NBC News that the police vehicles had been struck with bottles, rocks, and a trash bag on fire. The officers driving chose to push through the crowd instead of attempting to confront the protesters, and that the officers were afraid they would run someone over if they backed up.

Saturday’s protest in New York was one of numerous around the country sparked by Floyd’s murder. Some of the demonstrations have been peaceful, but others have turned violent, with protesters looting businesses and igniting vehicles and buildings on fire.