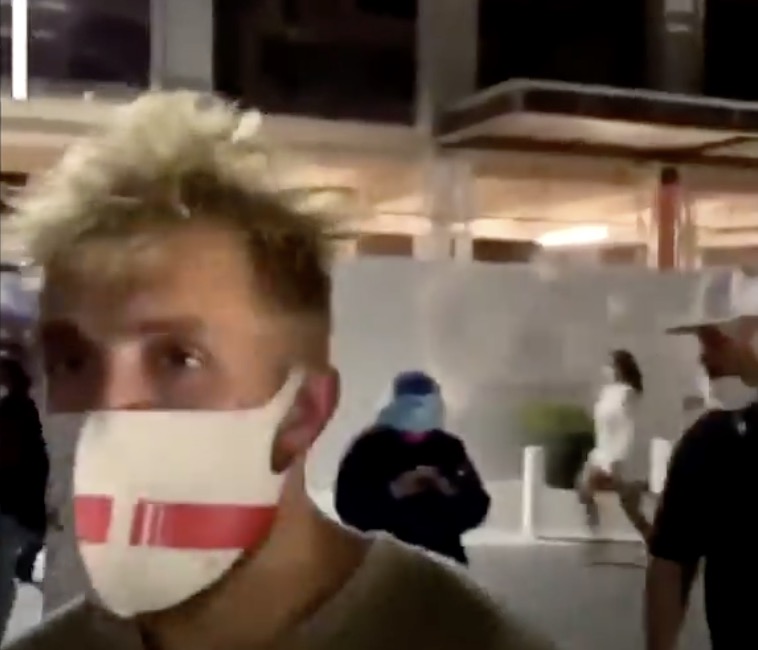 YouTuber Jake Paul seen with looters at Arizona mall; he says he was ‘documenting, not engaging’

YouTuber Jake Paul was filmed wandering through an Arizona mall Saturday night as looters shot off fireworks, broke windows, and carted off merchandise around him, TMZ reported.

But he wasn’t participating, he said in a statement after hours of being dragged on social media.

“We were strictly documenting, not engaging,” he said. “I do not condone violence, looting, or breaking the law; however, I understand the anger and frustration that led to the destruction we witnessed.”

So @teamyoutube, if @jakepaul gets charged with a felony that involves filming a video for Youtube, does that mean he will lose his MONETIZATION while he goes thru due process?

If he is convicted wouldnt that mean his channel would be deleted? Same with @IZADI @JuliaRose_33 pic.twitter.com/9Q6o1Jpyd7

Since Jake & crew came from ANOTHER STATE it can be argued that he crossed state lines to engage in criminal activity, thats FED charges. There are so many charges & video evidence, WTF??? pic.twitter.com/CPjmVPHXpU

Paul said he and his group were “peacefully protesting” the death of George Floyd, the black man who died after a white Minneapolis police officer pressed his knee into Floyd’s neck for nearly nine minutes, and were tear gassed while filming what they saw.

Despite Twitter commentary to the contrary, Paul is not seen looting anything as he walks through Fashion Square in Scottsdale. In his statement, he said he was swept up in the crowd as police fired tear gas canisters at protesters and forced to keep moving, eventually ending up at the mall as looters broke in.