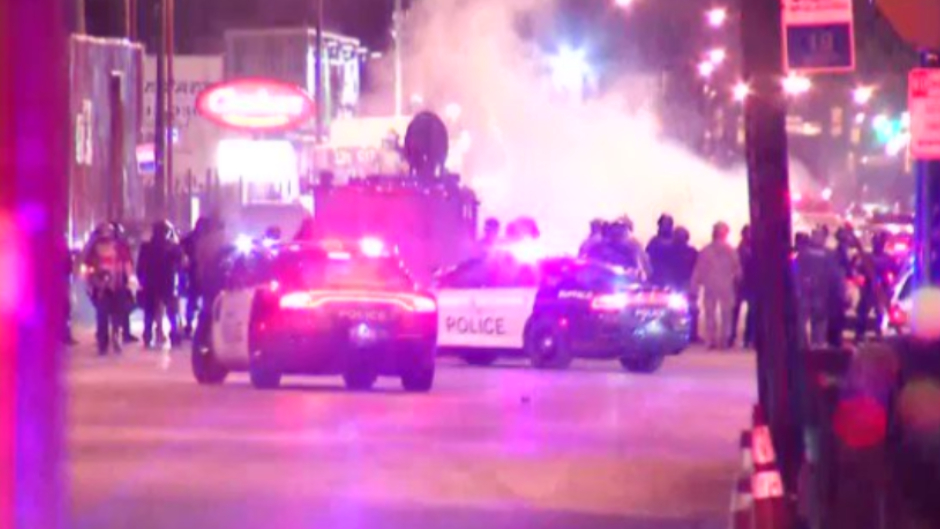 Three New York police officers were reportedly injured Monday when an SUV mowed them down during ongoing protests in light of George Floyd’s death at the hands of Minnesota police.

WIVB reported that the SUV struck three officers — a Buffalo police officer and two New York State troopers — while driving through a line of protestors on Bailey Avenue. Police said they were trying to disperse a crowd of 30 protestors when the three officers were hit

According to the news station, one trooper suffered a hand and wrist injury, the second trooper was treated for a broken leg and shattered pelvis, and the third officer sustained minor injuries.

BREAKING: A trooper and an officer were hit by a car that blew through a line of officers at the protest on Bailey Avenue according to PBA President John Evans. They were taken to ECMC. Stay with @SPECNewsBuffalo for updates. #Buffalo pic.twitter.com/odQygo09lH

WIVB reported that the SUV was tracked down and pulled over on Route 33. There, authorities discovered that two people inside the vehicle were shot. They were hospitalized for minor injuries.

Buffalo Mayor Byron Brown told WGRZ that the two people in the SUV who were shot were shot before the incident involving the three officers.

Along with the driver of the SUV, a male passenger, who was uninjured were charged with possessing stolen property and a stolen firearm. Additional charges may be filed in this case.