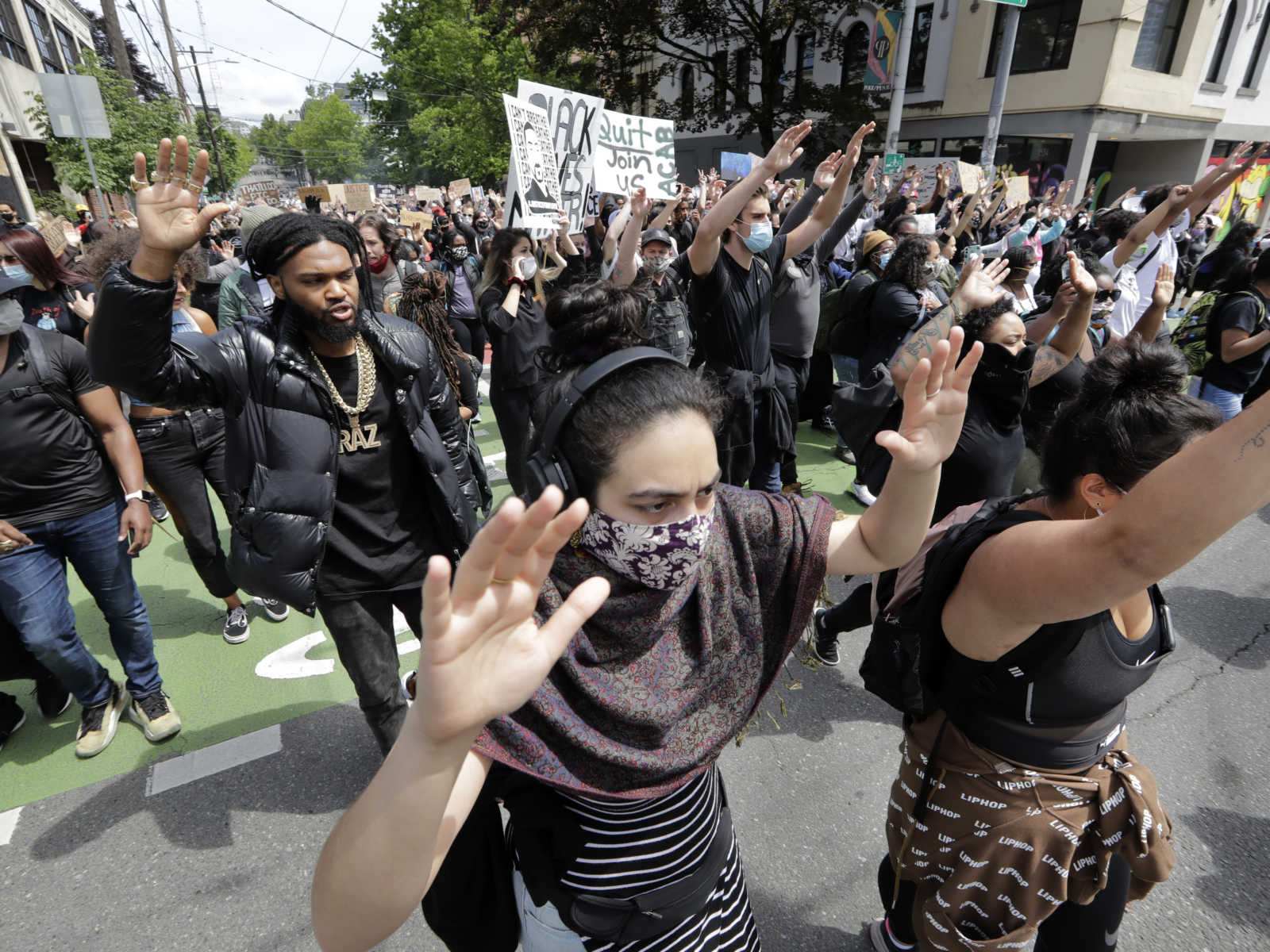 ‘He’s got a gun!’: Video shows chaos, terror as armed suspect plows car into crowd of protesters; one person shot

Video captured at a Black Lives Matter protest on Sunday night shows a suspect driving his car into a crowd of protesters in Seattle.

As CBS News reports, multiple witnesses captured video of a man in a black car who drove into a crowd of demonstrators near the intersection of 11th and Pine who were protesting the police killing of George Floyd in Minneapolis on May 25.

Video footage of man driving his car into #BlackLivesMatter protest in Seattle and shooting a man through the window before he flees. #seattle #seattleprotest pic.twitter.com/3iUI7eKEye

Breaking News: Police say a man drove into protesters here at 11/Pine and shot someone. Here’s cellphone video of the car and you can hear gunshot. @KIRO7Seattle #seattleprotests pic.twitter.com/jHwxROwmbE

As the report notes, Seattle police said on Twitter that the unidentified suspect shot a 27-year-old man in the arm. The victim, whose name has not been released, was treated by medics at the scene. A freelance photojournalist shared a video on Twitter of the victim speaking about the incident shortly after he was shot.

Story unclear at the moment but young man shot on 11th and Pine. Daniel, 26, wanted to tell his story. With the help of other medics I got a tourniquet on his arm. Street medics were on the spot with gauze and pressure. He walked off the scene. pic.twitter.com/g9Ism58YkF

According to the CBS News report, the victim was taken to a nearby hospital and is expected to recover.

Police reportedly recovered the weapon and took the suspect into custody.

The incident came after a weekend of tense relations with police and protesters in Seattle, though the CBS News report notes that the protest in the city’s Capitol Hill neighborhood had been largely peaceful until the suspect drove his car into a crowd.