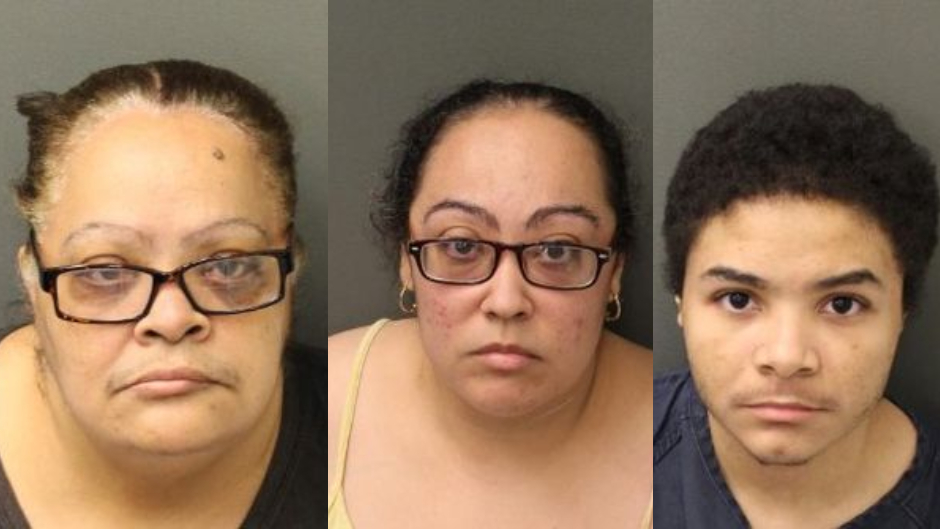 Police in Florida arrested a mother and her two adult children Monday, more than two months after their severely-disabled relative’s body was reportedly found in the woods.

Orange County police criminally charged Gladys Ambert’s aunt and cousins, Nellie Ambert, 55, Jasmine Ambert, 32, and Christian Matias, 18, in connection with her death. Gladys Ambert — who had cerebral palsy, and was deaf, mute, and had the mental capacity of a 5-year-old — was found dead April 7 under a pink blanket on Valencia College Lane, according to WFTV.

Law enforcement sources reportedly said the family members reported 27-year-old Gladys Ambert missing, saying they believed she had run away from home. Police said they conducted an hours-long search which turned up nothing before a security guard found Gladys Ambert’s body near the family’s apartment.

Through their investigation, detectives learned that Gladys had lived with her paternal grandmother in NY. But when her grandmother died last summer, Gladys came to live with her aunt and cousins in Central Florida, & she endured sheer horror in the last months of her short life. pic.twitter.com/XIptuVHc1u

Orange County Sheriff’s Office Detective Sergeant Joe Cavelli said Gladys Ambert’s body had various marks on it from being bound with cord or rope. The slain woman reportedly also had a cut on her lip and bruises all over her body.

According to the Orlando Sentinel, an autopsy confirmed Gladys Ambert died of “asphyxia by restraint compression to the abdomen” due to being tied up. While her aunt and two cousins initially maintained that they believed she had run away, they allegedly admitted to finding her unresponsive while tied up in a bathroom on April 6.

Police said Gladys Ambert’s mother abandoned her when she was a child. Her paternal grandmother, who lived in New York, cared for her until her death in July. Afterward, she went to live with her aunt and two cousins.

Detectives reportedly believe the disabled woman was bound and beaten every day from October 2019 until her death in April. They also alleged she was bound to the point that she urinated and defecated on herself.

Nellie Ambert, 55, reportedly received about $700 a month to care for Gladys Ambert. During their interviews with police, Nellie Ambert and her two children allegedly expressed frustration at how much care the disabled woman required.

At 8 a.m. on April 7, a Security Guard found the body of Gladys Ambert covered with a pink blanket, near the woodline along Valencia College Lane.
It was her 27th birthday. Gladys was deaf, could not speak and had cerebral palsy. OCSO Homicide detectives have made 3 arrests. pic.twitter.com/KaysRIN3Km

“They discarded her like a piece of trash,” Cavelli commented.

Cavelli said all three suspects could face additional charges as their investigation continues.