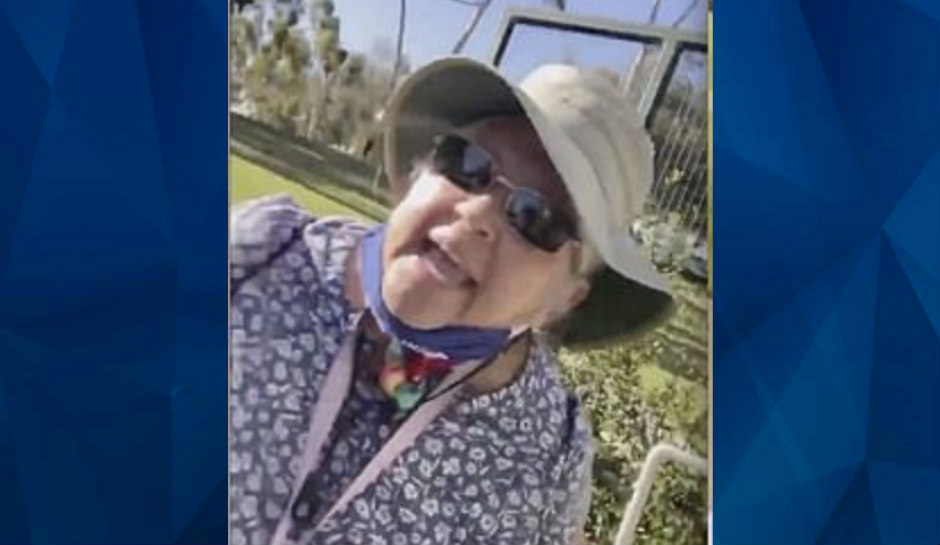 ‘[She] pushed me down and starts punching the back of my head.’

A California woman allegedly caught on camera spewing racist words at an Asian jogger has been identified as other victims come forward with similar encounters. One of the victims said she was both verbally and physically assaulted.

As CrimeOnline previously reported, one incident happened Wednesday on a set of stairs at Charles H. Wilson Park in Torrance. An older woman apparently unleashed a string of profane comments after walking up the stairs, then back down the stairs, prompting the jogger to stop her workout.

“Jesus,” the jogger said after the woman made her way down the steps.

The comment apparently set the older woman off, according to the victim, who was already recording her workout routine when the woman started screaming at her.

For those asking how the racist conflict in Torrance started — this video shows the initial incident.

The woman filming the video was working out and the aggressive woman bumped into her. More —> https://t.co/y40o0TOHnI pic.twitter.com/AZmvfUd78h

After the incident aired on local news, an Asian man contacted KTLA 5 and said that during the same day, the same woman confronted him and his 11-year-old son. Again, she allegedly spewed racism and threatened to have the man and his child hurt, and referred to him as a “China man” while attempting her own version of an Asian accent.

Another female victim came forward after she noticed the suspect on the news and said she, too, was verbally assaulted by the woman. This time, however, the suspect allegedly launched a physical assault.

Kayceelyn Salminoa told KTLA that the suspect physically attacked her in a public bathroom last October. Salminoa said she filed a report with Torrance PD but nothing ever came of it.

I filed a police report on this same lady back in October 2019 due to a physical attack ON ME. Nothing came of it. What are you going to do about it NOW? @TorrancePD pic.twitter.com/mKObXxxDba

Salminoa intervened when she saw a spat between the suspect and a custodian. The suspect is accused of throwing Salminoa to the ground, then attacking her when she tried to get up.

“I did get up and that’s when she physically grabs my hair and pushed me down and starts punching the back of my head,” Salminoa said.

So far, no arrests have been made, but the suspect has been identified as 54-year-old Lena Hernandez. Police previously listed her age as 56, which has since been corrected. Investigators used her license plate seen in one of the videos to track her down to a Long Beach residence, but so far she has not been reached.

“I really hope there are no other victims. But if there are, I hope they come forward and let us know,” Torrance Mayor Patrick Furey told reporters on Friday.