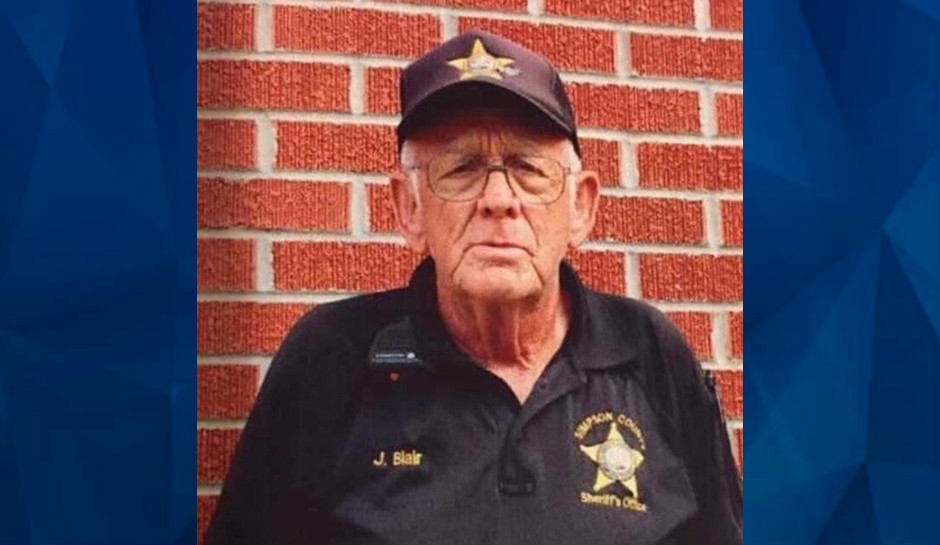 OFFICER DOWN: Beloved deputy killed with his own gun by man he was transporting for mental health evaluation

A Mississippi man was recaptured Saturday after he shot and killed a deputy and escaped custody in Simpson County a day earlier, the Clarion Ledger reported.

Blair was flown to a hospital, where he died.

The Mississippi Highway Patrol said the Mississippi Bureau of Investigation charged Blackwell with capital murder of a police officer after he was captured at about 2 p.m. on Saturday, following an extensive manhunt. He is in the custody of the Rankin County Sheriff’s Department, the Clarion Ledger reported.

Regions 8 executive director Dave Van said that Blackwell had been brought to the center because family members were concerned about his mental health and requested an involuntary evaluation. Blair was returning Blackwell to the patrol car when Blackwell took the officers gun and fired, Van said, according to WJTV.

Friends and family members said Blair was a “good fella” and that transporting prisoners was his job, WJTV said.

Gov Tate Reeves marked Blair’s death with a tweet asking for prayers for his family.

Please join me in praying for the family of Simpson County Deputy Sheriff James Blair who just lost his life in the line of duty. pic.twitter.com/1hUKI20USz

Blair had been in law enforcement for 50 years, according to his Officer Down Memorial Page. He was still on the job because he and his wife were raising their grandsons following the death of their daughter.