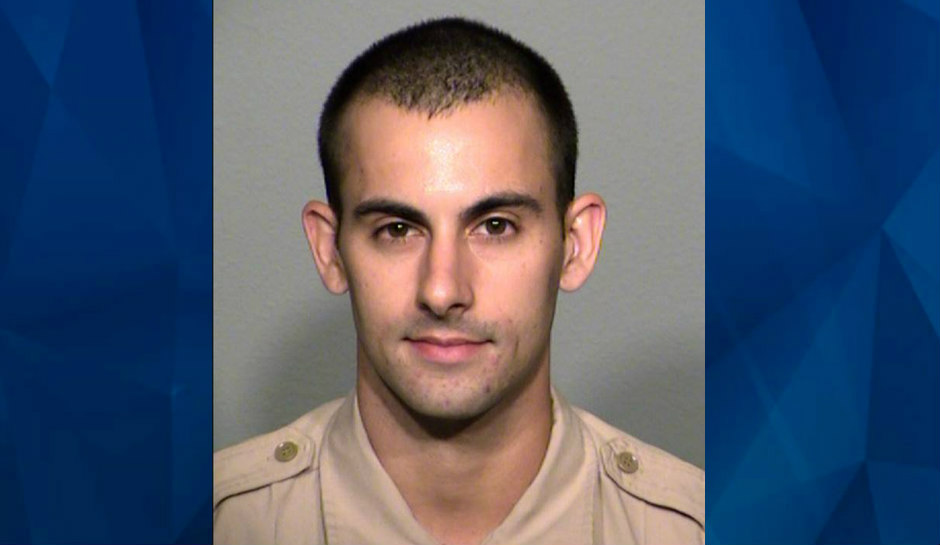 Family says officer shot in the neck during Las Vegas protests is now paralyzed from neck down: Reports

A Las Vegas police officer shot during a protest over the death of George Floyd is now paralyzed, according to CBS News.

Officer Shay Mikalonis, 29, was shot in the neck on June 1, while on-duty at a protest on the Las Vegas strip, in front of Circus Circus. According to the Las Vegas Metropolitan Police Department, family members announced that Mikalonis was placed on a ventilator following the attack, and will likely remain on it for life. He’s also paralyzed from the neck down.

The incident happened when police attempted to disperse around 150 people during the incident by using pepper spray, according to The Las Vega Review-Journal. The crowd was protesting the death of George Floyd, a black man killed in Minneapolis after a police officer held his knee on Floyd’s neck for around eight minutes.

Sharing with permission from Officer Mikalonis’s family. Since so many of our community is supporting Shay we wanted to provide an update as of June 12th, after the fundraiser held for him. He feels your prayers and positive thoughts. #PrayforShay pic.twitter.com/rpwaxMTCui

According to court documents, 20-year-old Edgar Samaniego shot Mikalonis. He’s accused of “walking by, taking out a gun and firing … at officers.” He’s been charged with attempted murder, battery and unlawful discharging of a firearm.

Samaniego plans to plead not guilty, according to his appointed defense lawyer, Scott Coffee.

While the suspect claimed he has “bad eyesight” and didn’t intend to shoot anyone, authorities said security footage showed Samaniego aiming directly at Mikalonis.

“Samaniego holds the gun with both hands and aims in the direction of Officer Mikalonis,” the arrest report read. “The video clearly refutes his statement that he didn’t intend to harm anyone.”

The Las Vegas Review-Journal reports that Mikalonis underwent two surgeries. One of the surgeries was on his shattered jaw and another was to remove the bullet from his neck.

Mikalonis is a four-year veteran of the Las Vegan Metropolitan Police Department.

Mikalonis “seems to recognize his family members,” according to the family’s statement, and has “tentatively been accepted to one of the best spine rehabilitation centers in the county.”

Samaniego is currently behind bars on $1 million bail.