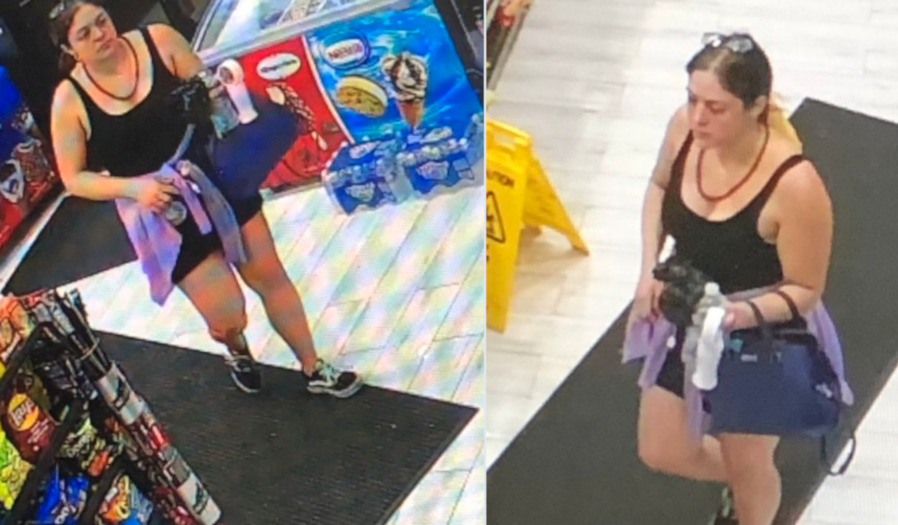 Atlanta fire investigators have issued an arrest warrant for a suspect in the torching of a southside Wendy’s restaurant during the first evening of protests after Rayshard Brooks was shot and killed by police officers in the parking lot.

White is not the only suspect in the burning of the fast food restaurant. Investigators have said the fire was set by “multiple suspects” using aerosol cans and lights and setting fireworks off inside the building, the Atlanta Journal Constitution reported.

Brooks was killed on June 12 after police were called to investigate when he fell asleep in the Wendy’s drive-thru, as CrimeOnline has previously reported. Officer Devin Brosnan responded first and had Brooks move his car into a parking space. When Officer Garrett Rolfe, who has since been fired, arrived, he took over the investigation. A calm interaction turned violent when Rolfe decided to arrest Brooks, who bolted. The three men scuffled in the parking lot, Brosnan took out his Taser, and Brooks wrestled it away from him and ran.

Rolfe followed, reaching for his service weapon as the two sprinted across the parking lot. When Brooks fired the Taser at Rolfe over his shoulder, the officer fired three shots. Two hit Brooks in the back, and a third hit a parked vehicle. Brooks died in surgery.

Rolfe was charged this week with murder and several other charges; Brosnan has also been charged with aggravated assault and violation of oath. He is reportedly cooperating with the district attorney as a witness. Both men turned themselves in on Thursday and have since bonded out.

An arrest warrant has been issued by Atlanta Fire Investigators for Ms. Natalie White. She has been identified as a suspect in the arson fire that burned down the Wendy’s Restaurant (125 University Ave) on Saturday, June 13th. Call 404-577-TIPS or 1-800-282-5804 with any info. pic.twitter.com/Xu6W2hgOi6

On June 13, hundreds of people demonstrated at the Wendy’s against the shooting, which came on the heels of nationwide protests over the death of George Floyd in Minneapolis. Floyd died when since fired and charged officer Derek Chauvin knelt into his neck for nearly nine minutes, until he was unresponsive.

The protesters at Wendy’s were largely peaceful. Police deployed tear gas a few times to move the crowd. But as night fell, the protesters split into two groups. One occupied the heavily trafficked Interstate 75/85 for several hours, blocking traffic for miles until George State Patrol officers issued a dispersal order and began arresting those who didn’t leave. They arrested 36 people, as CrimeOnline reported.

The other, smaller group stayed behind at Wendy’s, chanting and occasionally breaking windows. They initially set fires outside the restaurant, but late into the evening the restaurant itself was in flames. Fire officials said protesters threw rocks and bricks at firefighters, blocking them from reaching the building until it was too late. The following day, authorities released images of a masked woman they said helped set the fire.

On Saturday, they released images of White. It’s not clear the masked woman is White.

Also of note is that during his conversations with police in the parking lot, Brooks said his girlfriend’s name was Natalie White. Fire investigators did not say if the suspect was the same person, and Fox 5 News said it spoke to the suspect’s mother who would not comment.

It’s also noteworthy that there are dozens, if not thousands, of women with that name in the Atlanta area.