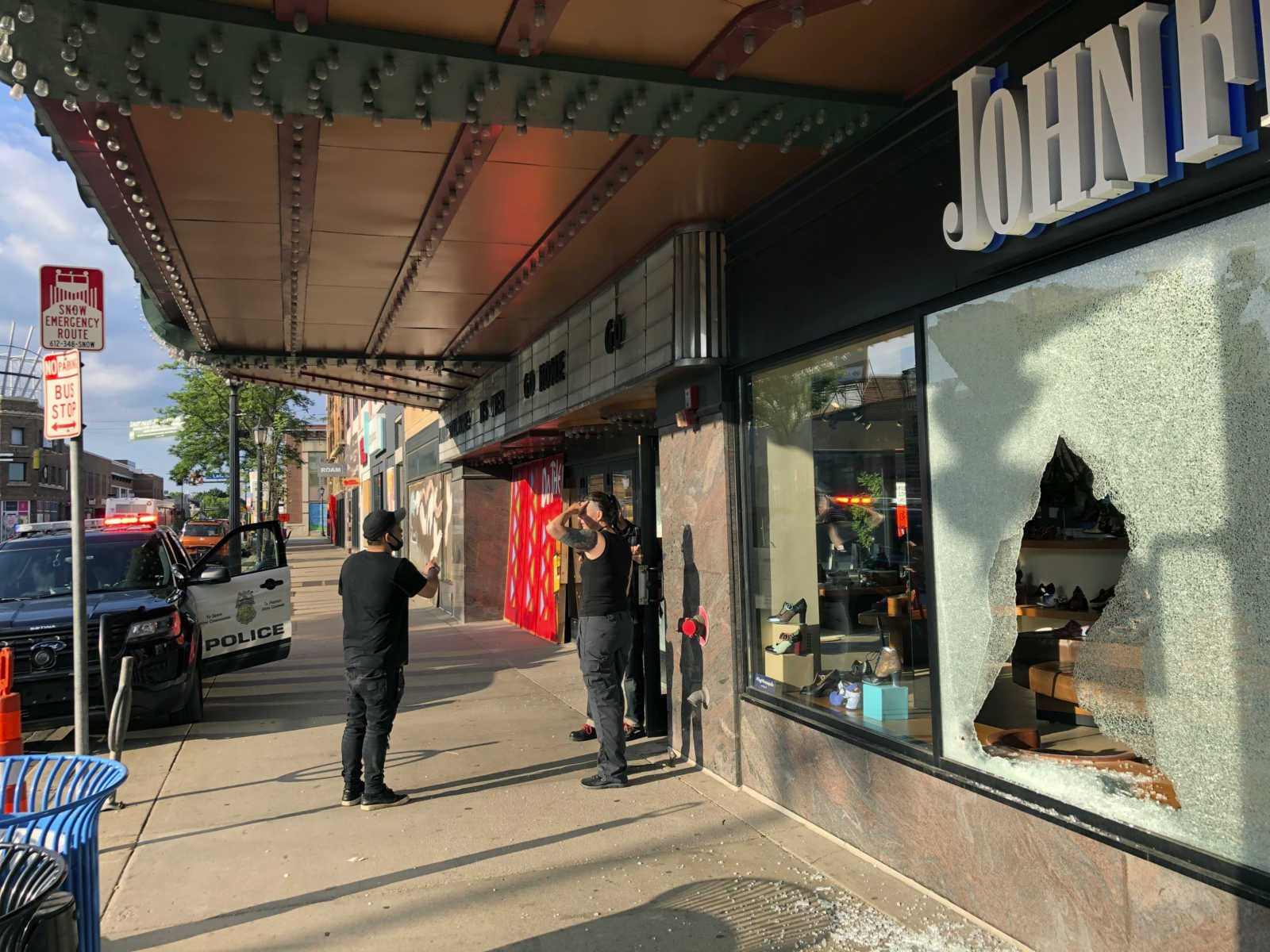 Gunshots rang out in a Minneapolis neighborhood on Saturday night, killing one man and injuring 11 others, WCCO-TV reports.

The shooting occurred in the city’s Uptown district shortly before 12:30 a.m. and appears to have involved two groups of people shooting at each other, according to Fred Hwang, a restaurant manager who spoke with CNN.

“We started hearing whizzing by our ears, and it was the bullets coming towards us,” witness Erik Thompson told CNN.

Thompson said at the time of the shooting he had been near two police officers on patrol. When bullets started flying, the officers drew their weapons and took cover behind a vehicle before moving toward the shooting.

Windows of a shoe store and a theater were shot out, according to Minneapolis Star Tribune reporter Libor Jany, who posted photos of the scene on Twitter.

The spokesman said that the shooting started in the middle of the 2900 block of Hennepin and continued through the end of the block; windows at a shoe store and the Uptown Theatre were apparently shot out. pic.twitter.com/A5AIw2zgLi

A woman told Jany that her 23-year-old daughter was among the injured and had been shot twice, including at least once in her leg.

The shooting comes less than a month after a Minneapolis police officer allegedly murdered George Floyd, which prompted protests and demonstrations against police brutality and racism.

Video posted to social media appears to have recorded at least one set of shots being fired. Screams could be heard in the background.

Another video, captured immediately after the shooting, shows a chaotic scene with people screaming. People gathered in crowds and sought to attend to some of the victims before emergency crews arrived.

Blood could also be seen on the pavement.

As of Sunday morning, police had not announced any arrests or offered any clues as to motive. There are at least five detectives working on the case, WCCO-TV reports.

Minneapolis police asked people to stay away from the area, which is a popular neighborhood for young residents and includes numerous eating, drinking, and entertainment venues. The shooting is about 3 miles northwest of the area where Floyd was killed.

A majority of the Minneapolis City Council has vowed to dismantle the city’s police department in the wake of Floyd’s murder.

Minnesota allowed restaurants and bars to partially reopen on June 1 amid the coronavirus pandemic.