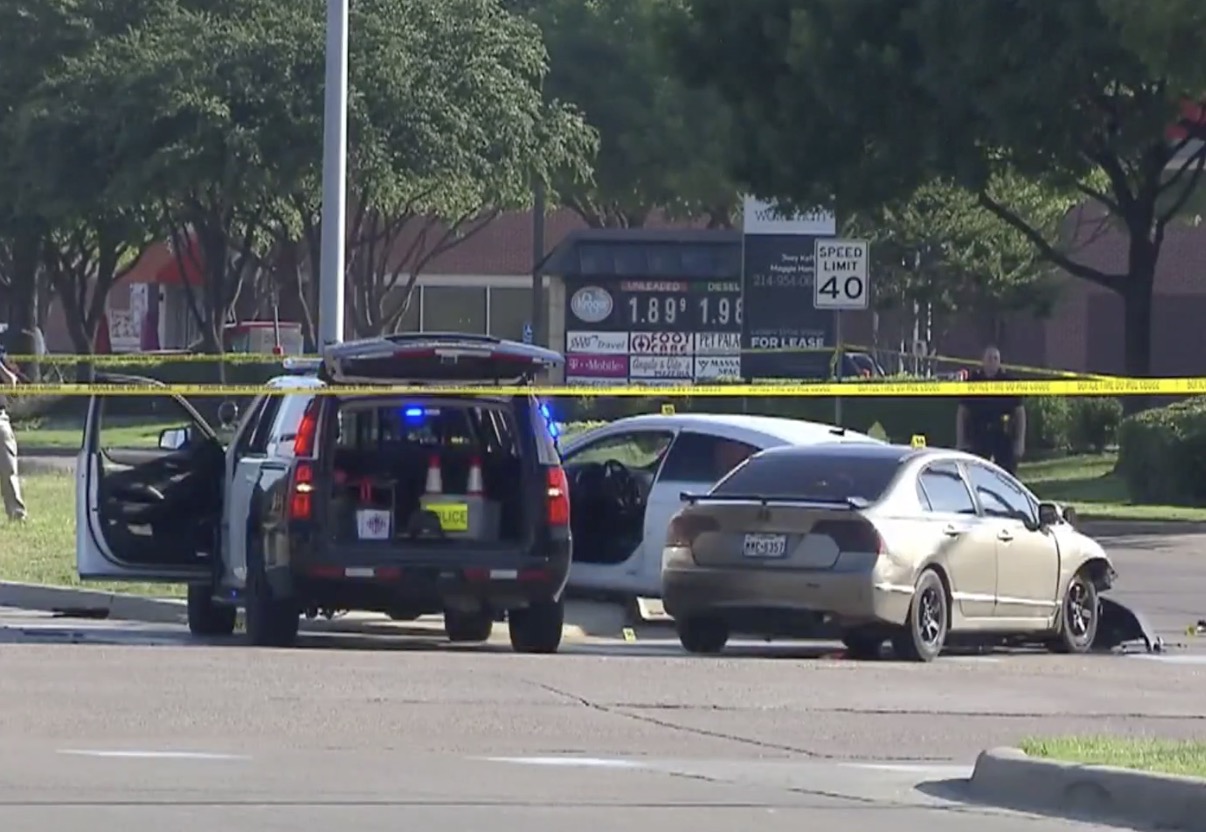 Officer shoots, kills driver who stabbed him and another driver after a crash

A Texas woman driving a stolen vehicle got into a traffic accident in Plano on Thursday morning, then stabbed the other driver and a responding police officer.

The Plano Police Department said they were still trying to identify the suspect, who was shot and killed by the officer.

The department said investigators later determined that the car the woman was driving had been reported stolen in another jurisdiction.

Police said the officer involved witnessed the traffic accident and quickly responded to it. As he was “working the crash,” the department said, the woman went to the car she had been driving, retrieved a knife, walking over to the other vehicle and began stabbing the driver.

The officer tried to intervene, but the woman stabbed him as well, then ran around the front of the other driver’s vehicle as the officer circled the back. As she tried to enter the vehicle’s passenger door, the officer fired.

All three — the officer, the suspect, and the victim — were transported to a hospital, where the suspect died of her injuries. The other driver and the officer were hospitalized with non-life-threatening injuries.

Police said the officer’s body cam and witness statements confirmed the events. The officer was placed on administrative leave while the incident is investigated.

The officer and the other driver have not been named.