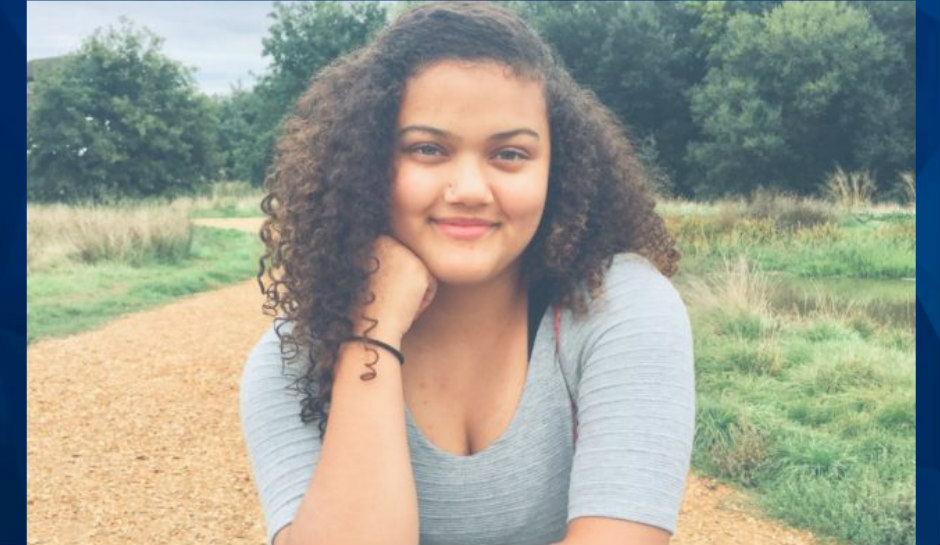 Wisconsin police say they’re investigating a random attack on a biracial teen as a possible hate crime after someone burned her in the face while at a stoplight.

Fox 35 reports that the incident happened at red light off of State Street in Madison at around 1 a.m. on Wednesday. An 18-year-old teen, identified as Althea Bernstein, said she had her car window down, waiting for the light to turn green when she heard someone yelling racial slurs.

Bernstein said she saw four men, all white, near her car. As one of the men approached, he used a spray bottle to spray her face and neck before throwing a flaming lighter at her, which reportedly ignited her face and neck on fire.

Bernstein managed to pat the flames out and drive home, where her mother encouraged her to go to the hospital. Medical staff said that Bernstein had likely been sprayed with lighter fluid.

This is 18-year-old Althea Bernstein.

She says she was sitting at a stoplight in Madison around 1 a.m. Wednesday. She says she heard someone yell a racial epithet and saw 4 white men who sprayed her with lighter fluid & threw a flaming lighter at her, setting her on fire. pic.twitter.com/1m5ZMfnHuY

The assault apparently occurred during a night of protests in Madison, in which two statues were knocked down outside of the Capitol, while a Molotov cocktail was thrown into a government building. According to Madison 365, the crowd was protesting the arrest of activist, Yeshua Musa.

Bernstein spoke to Madison 365 on Wednesday and explained that the suspects “looked like classic Wisconsin frat boys.”

“I was listening to some music at a stoplight and then all of a sudden I heard someone yell the N-word really loud. I turned my head to look and somebody’s throwing lighter fluid on me. And then they threw a lighter at me, and my neck caught on fire and I tried to put it out, but I brushed it up onto my face.

Police are searching for the suspects, whose identities at this time are unknown. Bernstein said two of the men were wearing all black, while the other two had on jeans and floral shirts.

“Investigators are looking at surveillance images to see if any of the assault was captured on camera,” a police report read.

Bernstein added that although she was aware of the protests on the night of the incident, she was not a participant.

Anyone with information on the incident should call the Madison Area Crime Stoppers at 608-266-6014 or submit a tip online at P3Tips.com.

“While we are still learning more about the details, current information suggests this may have been a premeditated crime targeted toward people of color, which makes the incident even more disturbing,” Mayor Rhodes-Conway said.