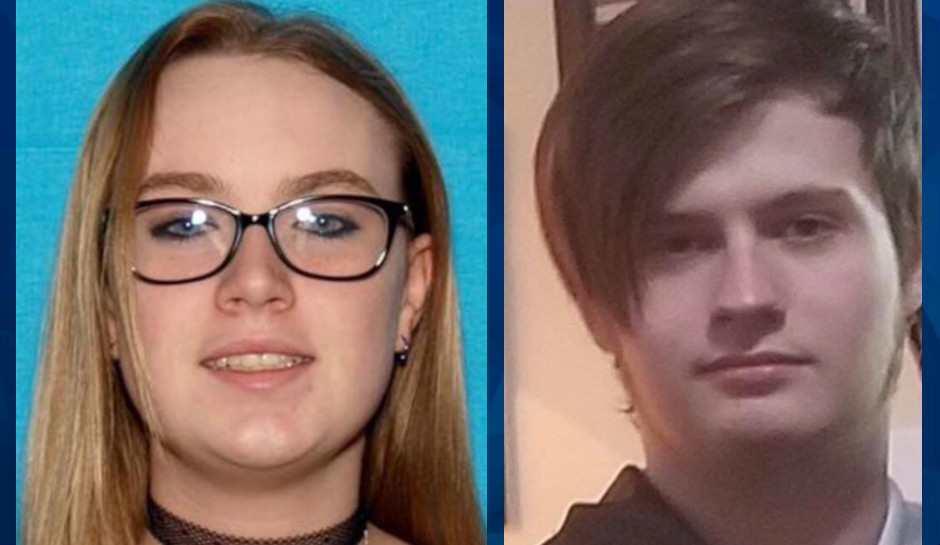 FOUND SAFE: Teen girl and boy reportedly on the run in Tennessee with truck and weapons

UPDATE Sunday: Brooke Ciolkosz and Dawson Brink were found safe Sunday morning in DeKalb County, Tennessee, not far from where they were last seen, TBI said.

Ciolkosz is believed to be with Dawson Brink, 16, who was reported missing from Indiana, Fox 17 reported.

Brink reportedly took a family vehicle without permission and was seen leaving with an AR-15, a handgun, and a large amount of ammunition.

He is reportedly driving on a suspended license.

The Spring Hill Police Department said the two are believed to be traveling in a white 1996 Dodge Dakota with a possible Indiana tag TK396NNM.

ENDANGERED CHILD ALERT: We need your help to find Brooke Tabitha Marie Ciolkosz, a 17-year-old from Spring Hill, who is…

Posted by Tennessee Bureau of Investigation on Saturday, June 27, 2020

Ciolkosz is described as 5 foot 7 inches and about 140 pounds with blonde hair and blue eyes. Brink is 5 foot 6 inches, about 160 pounds, and has blond hair and brown eyes.

The last possible location of the pair was at 9 a.m. Saturday morning, heading east on Interstate 40 about 30 miles west of Cookeville, Tennessee.

According to the Columbia Daily Herald, Ciolkosz also disappeared in January when she was still 16. She was found days later about 50 miles away in Giles County with an 18-year-old man who was charged with harboring a runaway.

Anyone with information about Ciolkosz and Brink is asked to call TBI at 1-800-TBI-FIND.