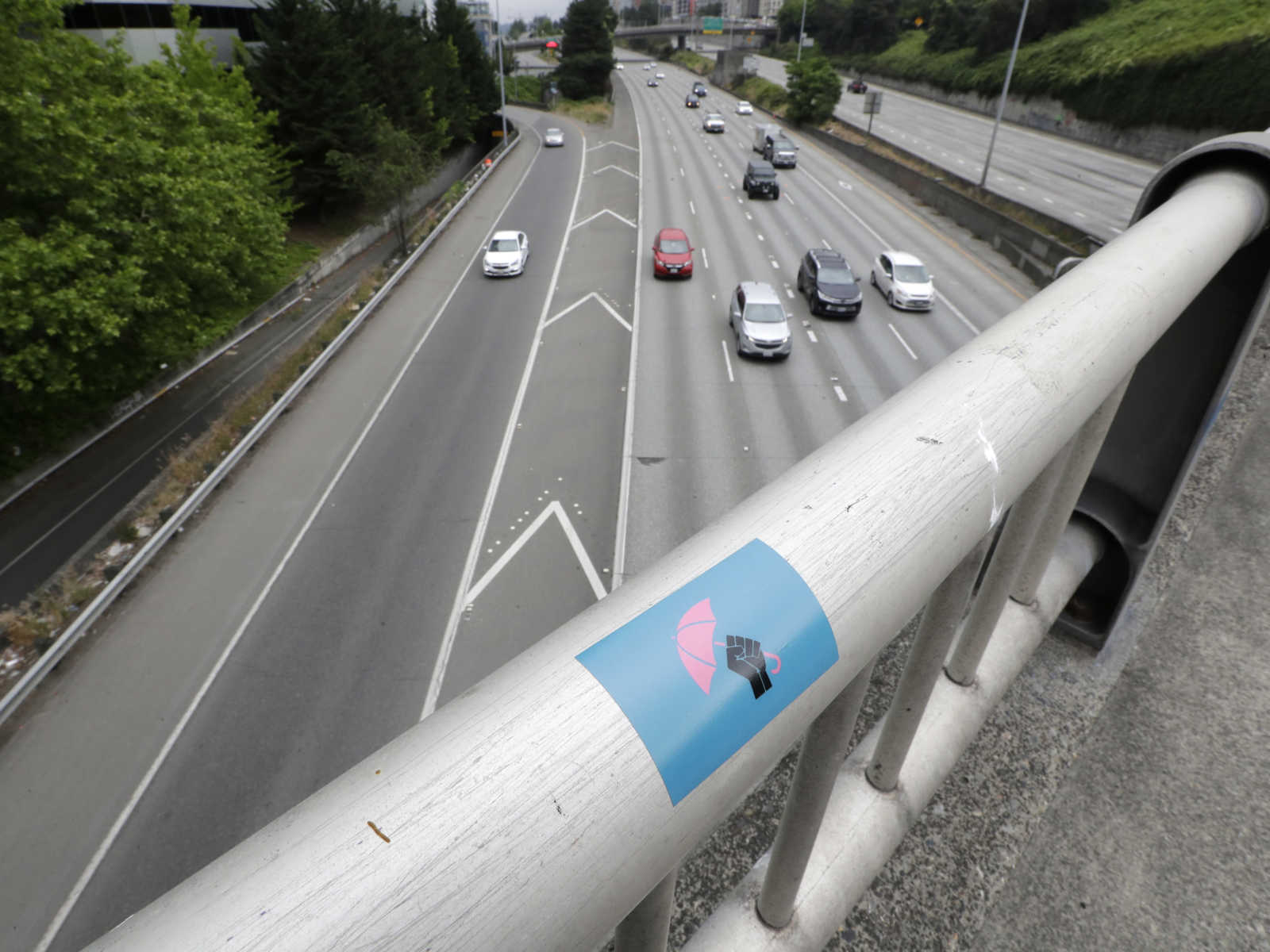 Two activists were serious injured Saturday after they were struck by a car traveling at a high rate of speed on a closed section of Interstate 5 during a protest in Seattle.

Shocking video shows the vehicle swerving around barricades and vehicles and accelerating toward a small group of protesters early Saturday morning, slamming into two of them, who flew into the air fell to the pavement while the driver raced away.

The Associated Press reported that Dawit Kelete, 27, was arrested by Washington state troopers about a mile away after one of the protesters gave chase and pulled in front of Kelete’s white Jaguar, bringing him to a stop, according to Trooper Chase Van Cleave.

KIRO identified the injured protesters as Summer Taylor, 24, and Diaz Love, 32, saying that Taylor suffered life-threatening injuries and Love was in serious condition.

Love had been livestreaming the protest for nearly two hours in a Facebook video called “Black Femme March takes I-5.” A few minutes before the incident, a handful of protesters are on the highway, chatting with one another and dancing to music. About 15 seconds before the abrupt end of the video, shouts of “Car!” are heard, followed by screams, screeching tires, and the horrifying sound of an impact.

Washington State Patrol Capt. Ron Mead said Kelete drove the wrong way on a ramp to enter the freeway, and Trooper Rick Johnson told the AP that he went through a barrier before hitting the women.

Here are two pictures of the suspect vehicle that struck two protesters on I-5 this morning. Investigation into motive and point of entry in to I-5 are still under investigation. pic.twitter.com/gU1QH6TFTu

Kelete has been charged two counts of vehicular assault, and bail was denied.

Mead said at a briefing the incident took place at about 1:40 a.m. He said troopers were still trying to determine a motive but that “impairment” was not believed to be a factor. Mead blamed protesters for their “unlawful behavior” blocking the highway.

“My hope is, as a result of this tragedy, protesters will reconsider their desire to be on the interstate because I cannot guarantee their safety, plain and simple,” he said, according to the Seattle Times.

The state patrol had closed the highway just before midnight, when protesters entered from a Yale Street ramp.

Seattle has been the site of multiple protests since the killing of George Floyd by Minneapolis police officers in May, sparking protests against police brutality and unqualified immunity across the country. Last week, Seattle police broke up the “Capital Hill Organized Protest” (CHOP) zone, where protesters had occupied several blocks near the state capitol for several weeks. After four shootings over 10 days left two people dead, authorities decided to end the occupation.

[Featured image: A protest sticker handrail above the spot on Interstate 5 where two protesters were critically/AP Photo/Elaine Thompson]