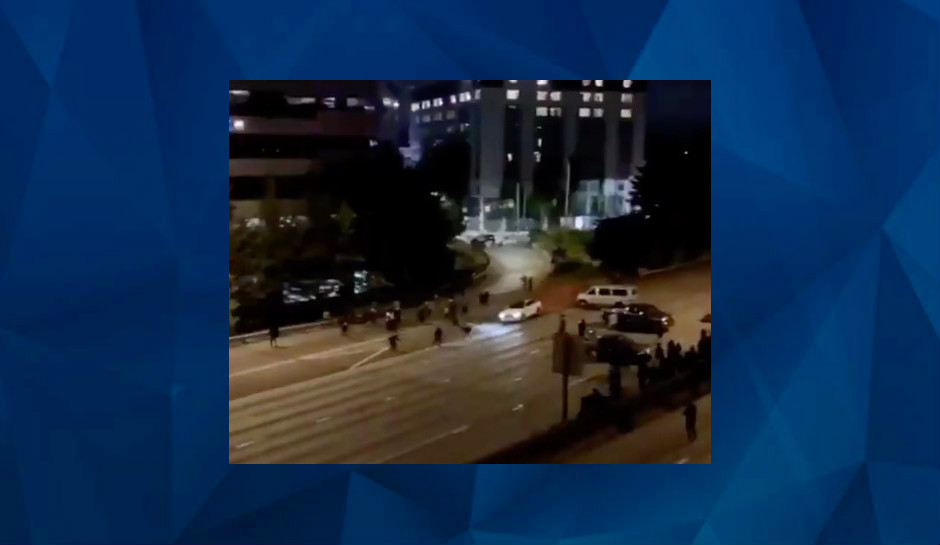 Activist hit by car during Seattle protest dies in hospital

One of two activists struck by a car that drove around barriers on a closed Seattle highway early Saturday has died, KING 5 reports.

Summer Taylor, 24, was brought to Harborview Medical Center in critical condition after the horrific incident and died Saturday evening, a hospital spokeswoman said.

The other victim, 32-year-old Diaz Love, remains in serious condition, the hospital said.

As CrimeOnline previously reported, Washington state troopers arrested Dawit Kelete, 27, and charged him with two counts of vehicular assault and denied bond. With Taylor’s death, those charges are likely to change.

Love was livestreaming the protest in a Facebook video called “Black Femme March takes I-5” when the incident took place. A few minutes before the incident, a handful of protesters are on Interstate 5, chatting with one another and dancing to music. About 15 seconds before the abrupt end of the video, shouts of “Car!” are heard, followed by screams, screeching tires, and the horrifying sound of an impact.

Another video showed the car speeding around barriers and cars then accelerating toward the small group of protesters, throwing Taylor and Love into the air as he struck them. Kelete’s white Jaguar sped away and was stopped about a mile away by protesters who followed him and kept him in place until troopers arrived.

The Washington State Patrol tweeted Saturday evening that it would no longer allow protesters onto the interstate and would arrest any that tried.

My thoughts are with Summer Taylor, and their family and loved ones. It is a life tragically lost far too soon, but their legacy will be the real change they marched for.

Seattle has been the site of multiple protests since the killing of George Floyd by Minneapolis police officers in May, sparking protests against police brutality and unqualified immunity across the country. Last week, Seattle police broke up the “Capital Hill Organized Protest” (CHOP) zone, where protesters had occupied several blocks near the state capitol for several weeks. After four shootings over 10 days left two people dead, authorities decided to end the occupation.