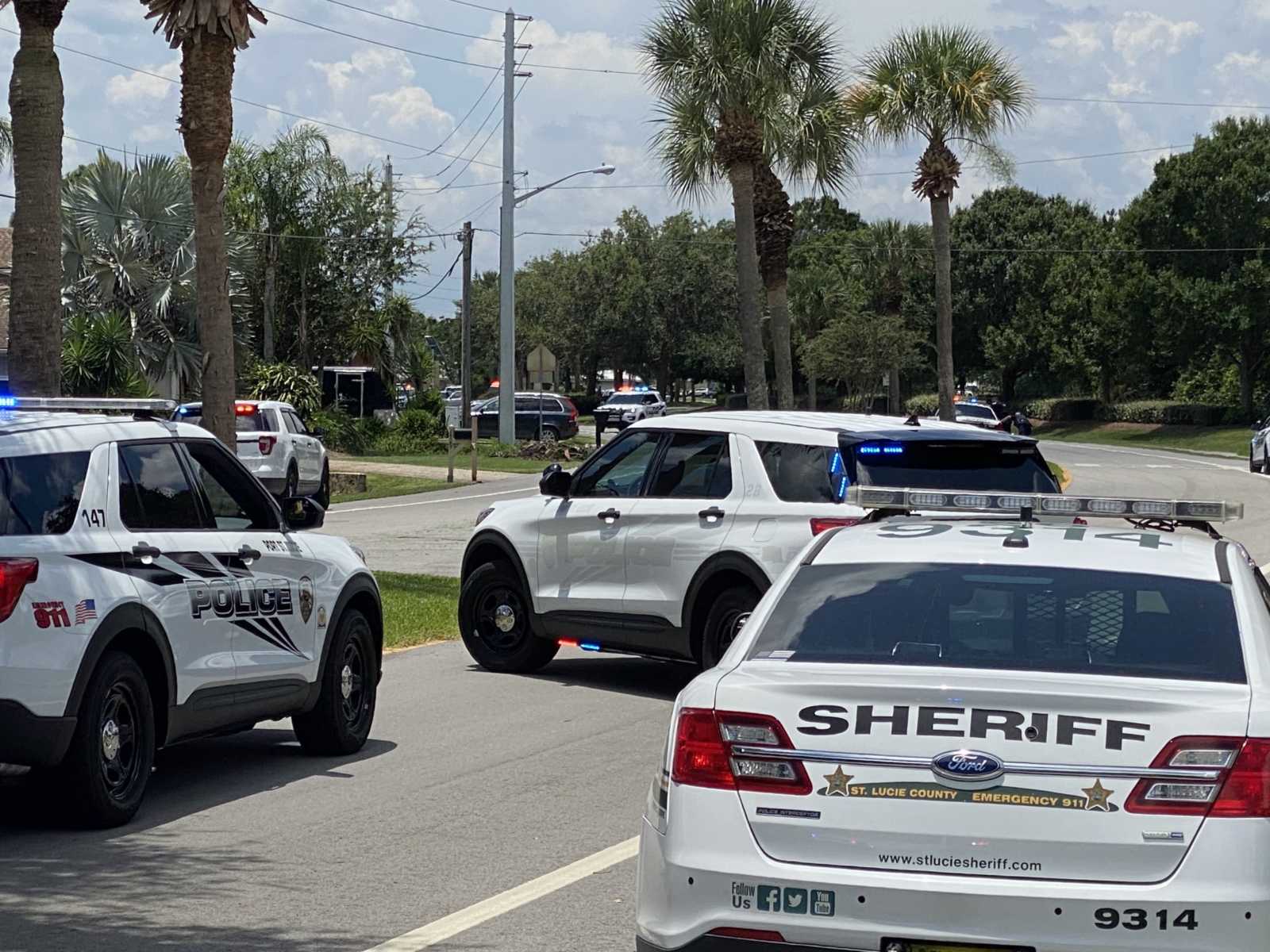 Three people, including a 13-year-old girl, are dead in Florida after a neighborhood dispute over a dog and a two-hour standoff with police, Treasure Coasts Palm reports.

The alleged suspect is one of the dead, the newspaper said. The names of the victims and the suspect have not been released.

A Port St Lucie police officer was wounded when he and a St Lucie County sheriff’s deputy exchanged gunfire with the suspect, according to Richard Del Toro, Port St Lucie’s assistant chief of police.

Officers responded to the home after reports of a shooting, St Lucie County Sheriff Ken Mascara said, according to WPTV.3

“If you heard this call come over the radio, it would make the hair on your neck stand,” Mascara said. “A little girl calls in saying, there’s someone shooting in our house.”

Officers found a wounded man in the garage, police said, and the critically wounded 13-year-old girl inside the house. The man died on the scene, and the girl died at a hospital, police said.

ACTIVE SHOOTER- STAY AWAY FROM AREA. PSL Police advise to stay away from SE Morningside Blvd near Morningside Elementary School as there is an active shooter in a 2-story residence. PSLPD and SLCSO are on scene. An update will follow as information becomes available. pic.twitter.com/zfkVa2FmmT

A sheriff’s deputy was across the street performing a safety check at a school and ran to the home when he heard the call, Mascara said. He and a Port St Lucie officer engaged with the suspect inside the home.

“Our deputy continued to engage him and actually took one of the victims out of the home,” the sheriff said.

When a SWAT team made entry, Mascara said, they found the suspected shooter dead in an upstairs bedroom. It wasn’t immediately clear how he died.

“The dog was declared dangerous today in court, and he owned the dog and he went over there to confront his neighbors and this is what happened,’’ Del Toro said.

Police said they weren’t sure about the relationship between the girl and the man who was killed, although it is possible that all three were related.