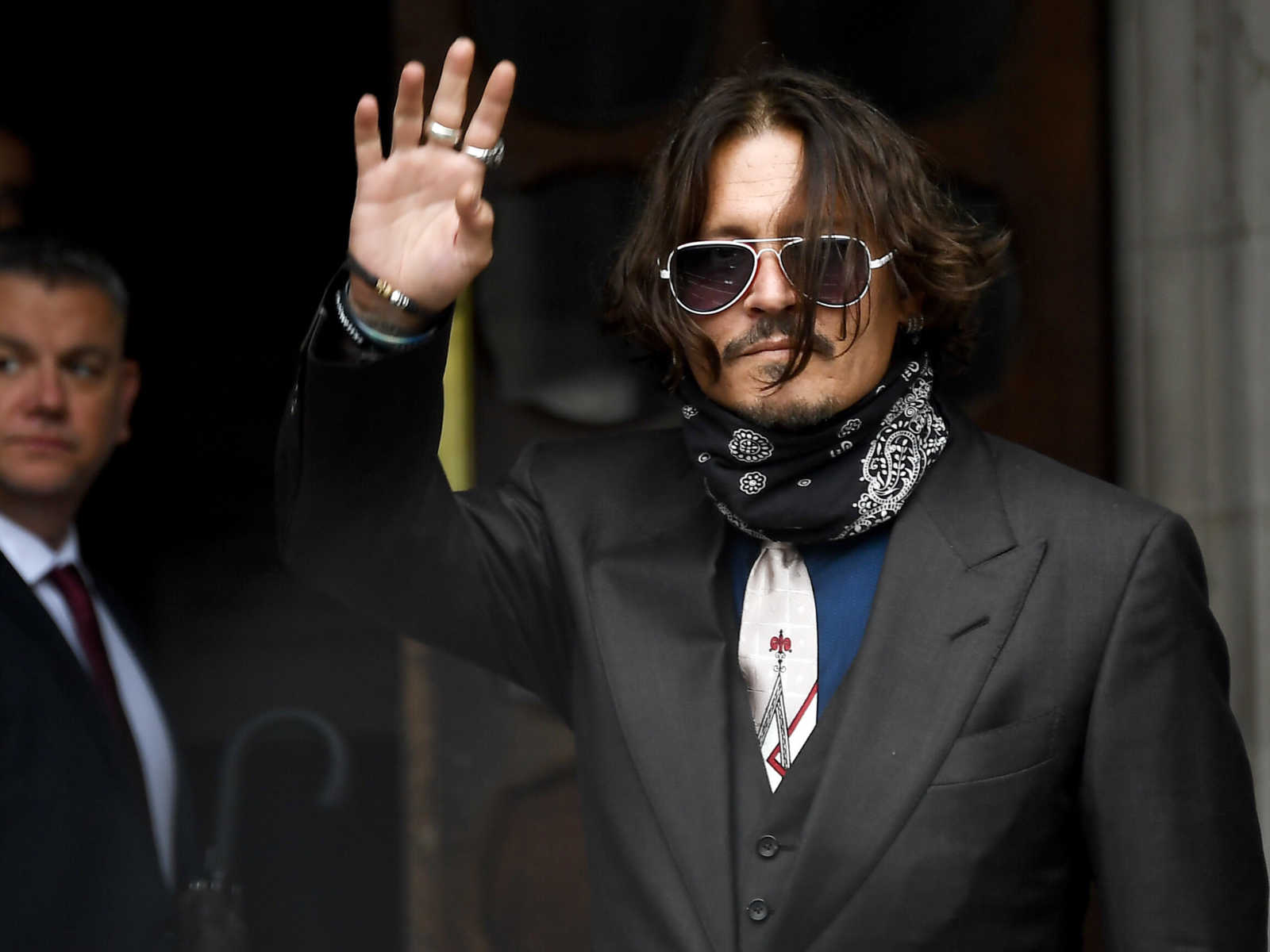 British court sees photos of Johnny Depp passed out on the floor, his drugs and alcohol

Photographs shown in a British court Wednesday allegedly show Johnny Depp passed out beside his bed and a table set with a pint of whiskey and four lines of cocaine ready for his consumption.

The actor was on the stand for the second day in his libel trial against British tabloid The Sun for calling him a “wife beater.”

Depp has admitted long-term problems with drugs and alcohol and told the court that he “probably was” carrying cocaine in the skull and crossbones pill box marked “PROPERTY OF J.D.” seen in one of the photos, the Daily Mail reported.

The photos shown in court Wednesday were allegedly taken in 2013 by Depp’s ex-wife, Amber Heard, who has claimed that Depp was verbally and physically abusive toward her, particularly under the influence of drugs and alcohol. Depp denies the allegations and has accused Heard of being abusive toward him, which Heard denies.

Amber Heard shows photos of Johnny Depp’s lunch- whisky and four lines of coke, then passed out on floor. pic.twitter.com/LBNPNY1Kq6

Depp and Heard married in 2015, and Heard filed for divorce the next year. The divorce was finalized in 2017, with the parties releasing a joint statement saying that “there was never any intent of physical or emotional harm” on either of their parts. The detente lasted until Heard published an op/ed in the Washington Post in December 2018 about being a domestic abuse victim. Although the article did not mention Depp by name or discuss any alleged violent acts, Depp filed a $50 million defamation suit against her early last year, as CrimeOnline has previously reported.

The photo of the table was allegedly taken on a day when Depp was supposed to go to a film set to work on a documentary about Rolling Stones’ guitarist Keith Richards. A CD of Richards’ music is also on the table.

Testimony Wednesday around the photos concerned an attempt by Heard, 34, and her sister, Whitney Henriquez, to convince him to go to the studio that day.