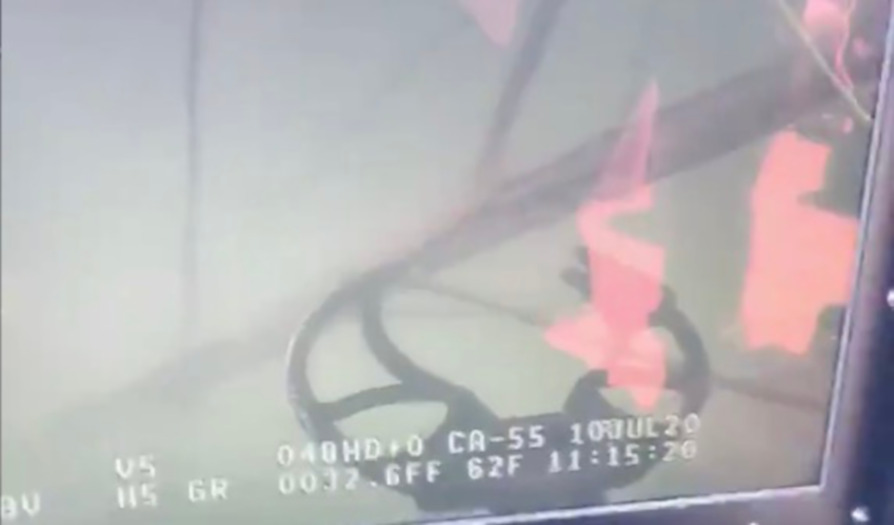 Ventura County authorities released video from a remotely operated vehicle (ROV) being used to look underwater in the search for “Glee” actress Naya Rivera, who disappeared Wednesday while out on a boat with her 4-year-old son.

Her son was found sleeping on the boat hours after the two were seen leaving the boat dock on Lake Piru, as CrimeOnline previously reported. He told investigators that his mother jumped into the water and never came back.

The search has been difficult in the man-made lake, formed in 1950 by the Santa Felicia Dam on Piru Creek. The water filled a canyon in Southern California’s Topatopa Mountains, covering trees, rocks, and other debris on the bottom of the lake, where murky waters leave only 1 to 2 feet of visibility.

While divers are still being used in the search, other crews are using side-scanning sonar, which spots anomalies that could be a body beneath the surface, allowing the crew to “focus on specific things rather than putting divers in the water when they are feeling around because they can’t see,” Ventura County Sheriff’s Capt Eric Buschow said at a news conference on Friday.

2/2 Here’s an example of the underwater visibility at a 30-foot depth in Lake Piru. pic.twitter.com/YGNNUdmPQ4

Promising objects are then investigated with the ROV and its camera. In the video released Saturday morning, the ROV is looking at a tree branch at a depth of about 30 feet. Another video shows the crew tossing the tethered ROV into the water to begin its look below the surface.

1/2 Here’s the ROV used by @TulareSheriff in the search for Naya Rivera at Lake Piru today. This is one of many resources being used, along with side scan sonar, dogs, and divers. pic.twitter.com/LkeI04HIMJ

The sheriff’s department said that crews were currently focusing on the north end of the 1,240-acre lake, as the rented pontoon boat Rivera and her son took out that day had drifted in that direction from the dock, and afternoon winds typically blow to the north over the lake.