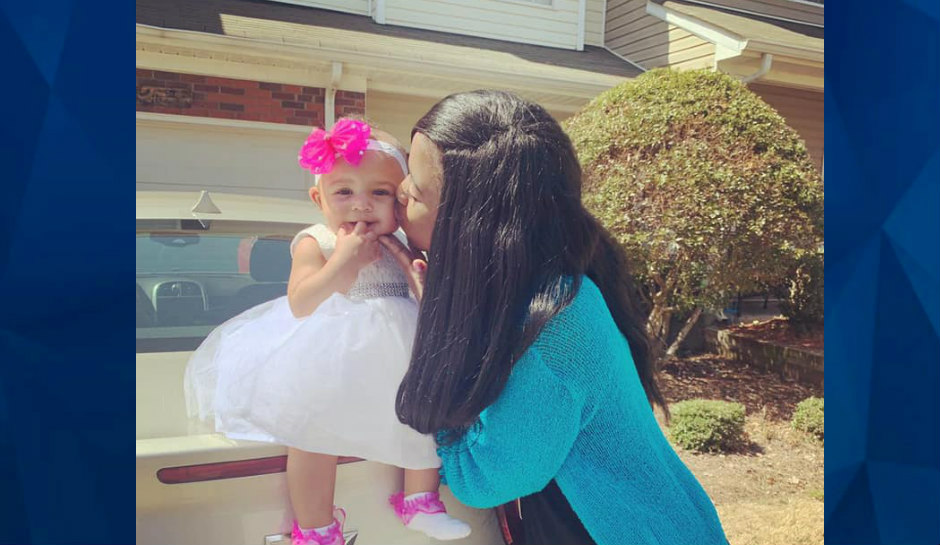 Autopsy: Baby who died a gruesome hot closet death during ‘nap time’ had ‘crack cocaine’ in her system [Prosecutors]

A baby passed who passed away during what prosecutors called a “hot closet death” incident had crack cocaine in her system, according to an updated autopsy report.

Ava Threatt, 1, died on August 13, 2019, inside a closet at a home in Gaston County, North Carolina, according to prosecutors. Outside temperatures soared into the 90s that day, while Ava was left in the closet with a sleeping bag over her head.

The child’s mother, 23-year-old Emoni Monique Burnett, put Ava down for “nap time,” investigators said. Burnett’s boyfriend found the baby at around 1:40 p.m., facing the closet wall. She was unresponsive, wearing a diaper soaked with urine.

According to court documents, Ava and Burnett were from South Carolina but were living in Gastonia with Burnett’s boyfriend at the time. They had only been at the house for around a week when tragedy struck.

Burnett told investigators that on the night before Ava’s death, she gave the baby a syringe full of Benadryl and put her to bed at around midnight. A few hours earlier, Ava ate a portion of Burnett’s Subway sandwich.

The following day, when Burnett’s boyfriend discovered Ava unresponsive, he began CPR on her until first responders arrived.

Ava was rushed to the CaroMont Regional Medical Center’s emergency room with a 102.4 temperature. She passed away shortly after. A doctor noted that Ava had several contusions on her face.

Initially, an autopsy report indicated that Ava died from heat exposure and hyperthermia. The Gaston Gazette reports that a doctor added that cocaine in the baby’s system was a contributing factor to her death.

According to District Attorney Locke Bell, Ava may have inhaled crack cocaine while someone in the home was smoking it. Bell added that since no one has admitted to using crack cocaine, it would be impossible to tell who had used the drug around the time of Ava’s death.

Authorities arrested Burnett in January and charged her with manslaughter. Authorities found Burnett in Florida; she claimed she left the area because she couldn’t live in the home after her daughter died, not because she was running from authorities.

During a court appearance in January, Burnett said she would have never willingly hurt her baby. She added that she thought her boyfriend may have something to do with Ava’s death, WBTV 3 reports. The boyfriend’s name is disclosed since he has not been charged.

“I loved my baby. I’m going to miss her joyful spirit, her laugh, everything. And now that she’s gone, every day I’m in this jail, part of me is missing. My daughter is gone,” Burnett told a Gaston County judge.

“I would never hurt my child. Never in a million years. I loved my baby.”

A mom is emotional in court in Gaston County. Emoni Burnett is accused of involuntary manslaughter, leaving her 14-month-old baby in a hot closet. (story -> https://t.co/0MCzWkKukr)

Live at 4 and 5 on @WBTV_News. pic.twitter.com/tgx9uky8Qe

Burnett remains behind bars at the Gastonia County Jail on a $50,000 bond. Check back for updates.