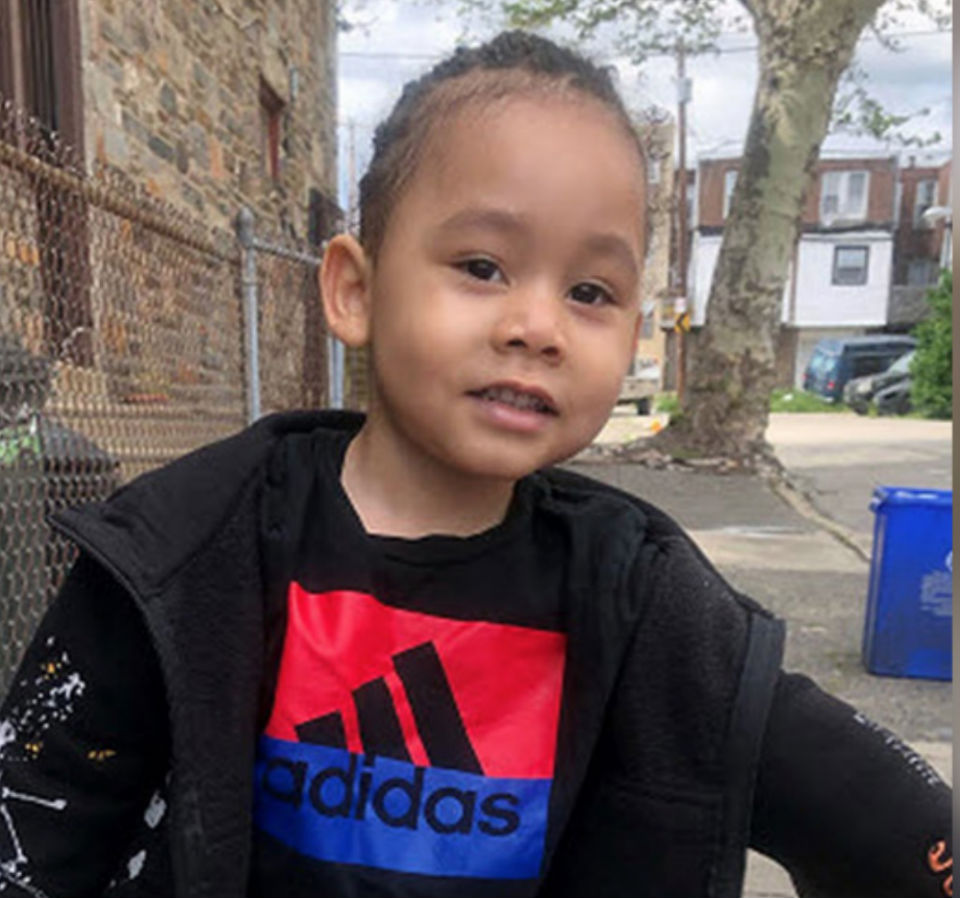 ‘I can’t sleep because my son is out there’: Tot still missing after babysitter claims to have dropped him off with his mother

Pennsylvania police are searching for King Hill, a toddler who has not been seen since July 7, reportedly after a babysitter said she dropped the boy off with his mother.

According to Philadelphia police, 2-year-old King was last seen at around 9:50 a.m. at 31st and Page streets in Strawberry Mansion. On Monday, Capt. Mark Burgmann announced that many resources are being put into finding the boy, CBS 21 reports.

“We’ve put a tremendous amount of resources to this, probably more resources than we’ve ever devoted to any other investigation I’ve had here in the past over 40 years.”

King’s grandmother, Kimberly Hill, told ABC 6 that the boy’s stepfather, who had been taking care of him since the end of May, was supposed to drop the child off with his mother in time for his birthday. Two weeks before his scheduled dropoff, the stepfather reportedly sent King’s mother a text and told her that the babysitter dropped him off.

MISSING: family sent me this video of 2 year old King Hill, missing since Tuesday at 31st and Page in Strawberry Mansion. Police have not released any suspect information @6abc pic.twitter.com/ILKxpD863d

Kimberly Hill added that she doesn’t think the stepfather was involved in the child’s disappearance.

Burgmann said the situation came to light after the stepfather reached out about dropping some things off at the mother’s house and learned that King was not with her.

“The stepfather reached out to her and asked how the child was doing. He was going to drop something off at the house. That’s what alerted to her, he’s not here. And that’s when it all came to light,” he said.

Police said last week that someone is lying and they’re trying to determine who. Burgmann said both the babysitter and the mother have been interviewed. While the babysitter claimed she dropped the toddler off with Amber Hill, the boy’s mother. Amber, however, said it never happened.

“We have the babysitter saying she turned the baby over. We have the mother saying no she did not,” Burgmann said, according to CBS Philly.

At this point, there are no suspects in custody.

“I miss him a lot,” mother Amber Hill said during an interview with NBC Philadelphia last week. “They were looking at me like I did something to him, but I would never do nothing to none of my kids.”

“I can’t sleep because my son is out there,” Amber Hill said. “Every day that goes past, it’s just horrible for me. I can’t be by myself.”

“The babysitter, she’s lying on her end, completely. I just know she is. You never dropped my son off, you never did none of that. You’re lying, you’re a liar.”

The state police and FBI are now involved in the investigation.

Anyone with any information on King’s whereabouts is urged to call the Philadelphia Police Department’s Special Victims Unit at 215-686-3257 or 911.